If you have been following us on instagram and facebook, you will have seen these faces before now: 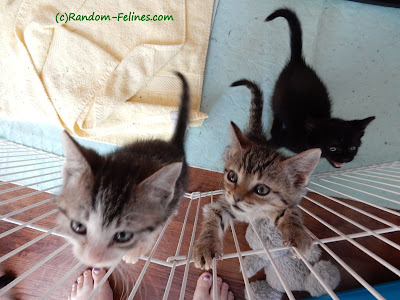 They had been taken in by a young local vet as bottle babies. She got a call asking her to take more bottle babies and since these three are eating on their own, the rescue agreed to take them and mom picked them up last Tuesday. They were tested (negative) and came to the house. Mom was told they were 6 weeks old (now about 7 weeks) but they were smaller than mom anticipated so she put them in the bathroom rather than the foster room. 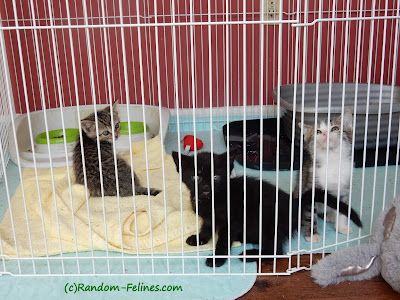 That didn't last very long. They were rowdy and mom wanted the bathroom back. Saturday morning she took the smaller exercise pen and set it up in a corner of the foster room as their own section of the room. Bets were placed as to how long it would take for the bigger kittens to break in. 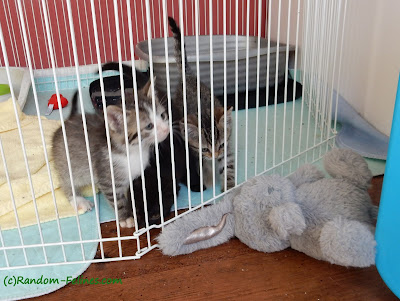 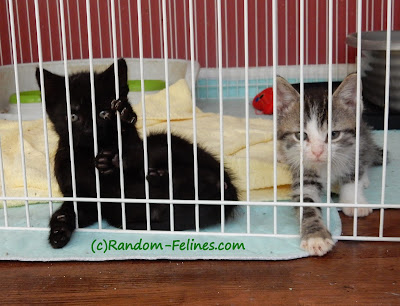 we didn't do it and you can't prove anything 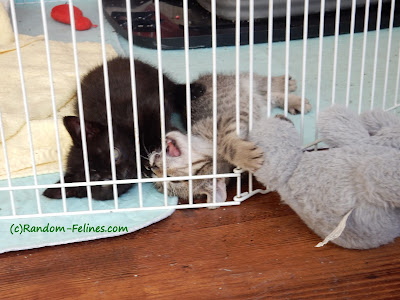 By Sunday morning, Mopar had broken in to baby jail - TWICE. (to be honest, mom's money had been on Fate being the jail breaker, so she was rather surprised the first time she found Mopar inside the pen) Mid morning she gave up and took down the pen and spent some time in there supervising to make sure that the big kittens didn't beat up the little kittens....  More on that Wednesday.
Posted by Random Felines at 8:14 AM