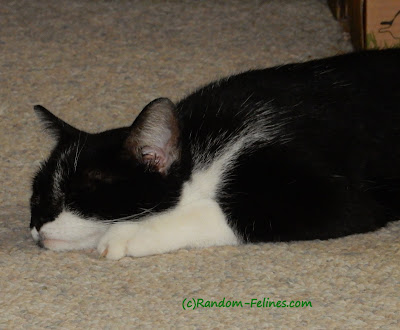 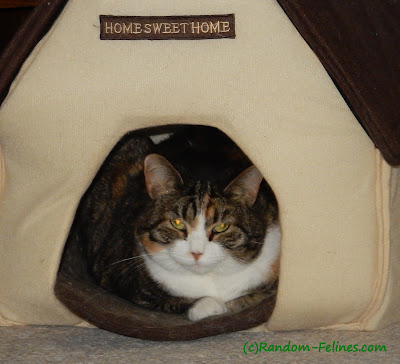 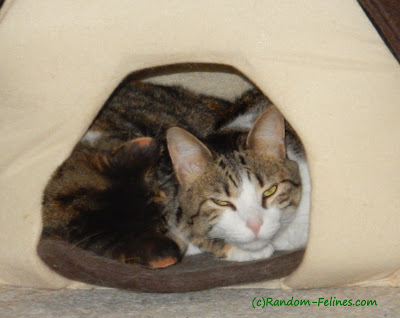 not so comfy - but not leaving either

Ivy was parked in that house on Saturday. Mom saw Daiquiri stick her head in and then pull it back out. About 10 minutes later she looked up from the book she was reading to find that Daiquiri had shoved her way in the house. Ivy looked annoyed at first but apparently decided she wasn't moving. We think Daiquiri was hoping the passive-aggressive thing would work out for her, but no luck. They stayed in there together for over an hour though before Daiquiri packed up and left.

Delphi and the kittens went to a short adoption event on Sunday. The kittens were freaked out at first and definitely weren't too sure about being out of the crate, but decided napping was better after the first 30 minutes or so. Delphi on the other hand was NOT having a good time. Mom had put her in one crate and the kittens in another. After 20 minutes or so, mom moved Delphi into the crate with the kittens. She settled a little but was still very nervous about everything around them. That said, about 5 minutes after getting home, Delphi was passed out on the Ikea shelves....so it wasn't lasting stress. haha
Posted by Random Felines at 6:30 AM