OK - so there was a little cheating going on while mom was gone. She got to meet Stillwell and his siblings (who were less interested in getting their pictures taken). 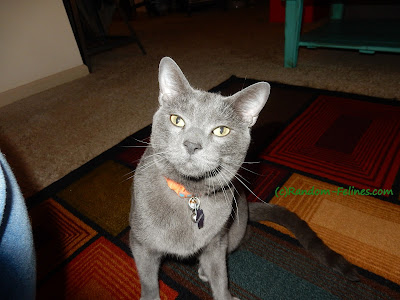 As many of your know, our friend Miss Julie adopted Dior, now Cupcake, who is Chanel's sister. Mom and Chanel roomed with them this year and it was pretty interesting. No one was sure how things would go since we knew the sisters wouldn't remember each other. There was some name calling and hissing, but it went fairly well all things considered. It helped that our Aunt Dee arrived on Tuesday and had the adjoining hotel room so the doors could be opened and everyone had a little more space.

And of course there were cupcakes: 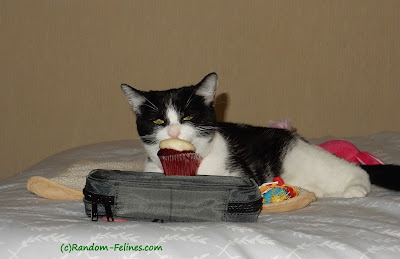 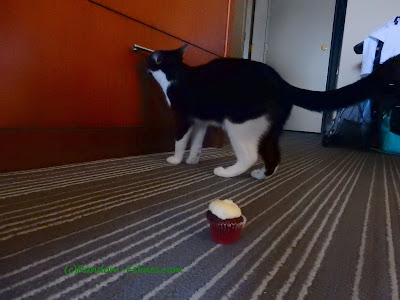 Some liked them more than others. 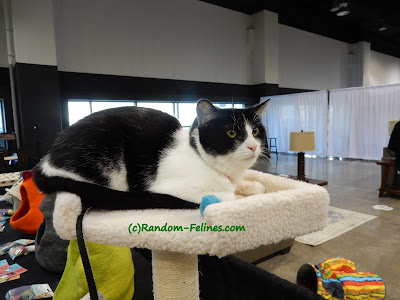 Cupcake in the cat lounge 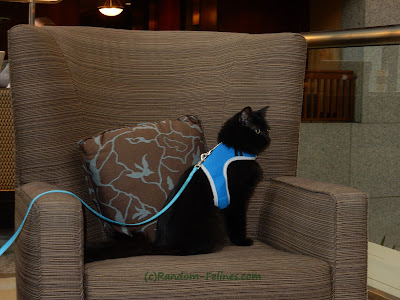 There were several cats there this year - though apparently mom didn't get as many pictures as she normally would since she was with Chanel and making sure things went smoothly for her.

We got a swag bag that mom has YET to bring up from the car. Plus some of our friends gave us some of their stuff so they didn't have to ship it back, so we will be donating that to our rescue. THANKS to everyone - the food will come in handy as we head into kitten season.

Chanel did great and mom was impressed. If you follow us on Instagram, you would have seen the #backseatdriver jokes as mom was traveling. Considering Chanel has never ridden that far in a car and has never attended an event like this, she did great. Blog Paws next year is in Florida and depending on dates and everything else, mom is hoping Chanel can make that trip (especially since mom won a ticket to the conference using a picture of Chanel....seems only fair).