Tuesday was cats all day long. CalMar in the am (their Feline Leukemia house) and Quincy's in the afternoon. Quincy's has their FIV+ rooms along with some special needs cats. 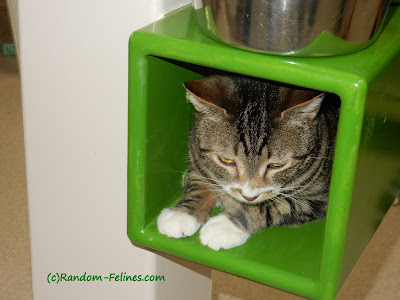 Most of the cat rooms have these cubes attached to the support columns.
This is Mesa in CalMar supervising while they did some cleaning. 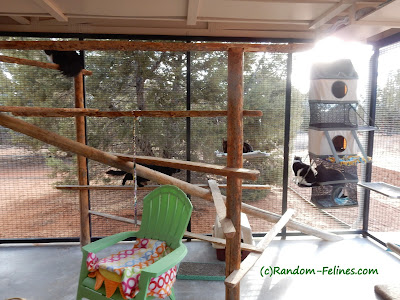 What has everyone's attention??
There were a pair of doves building a nest in that tree. 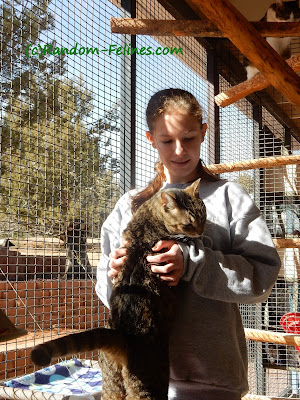 The kid has skills - she charmed Gus too. 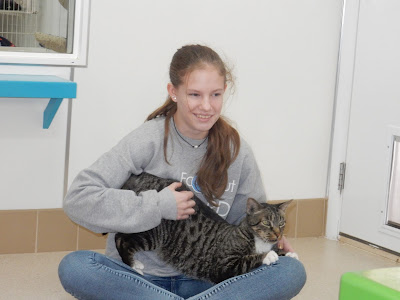 Bo is one of the kid's favorite cats. When mom and the kid were
out there 2 years ago, Bo and his brother Barney loved on her.
Barney passed away in October 2016, but Bo is still there and
doing well. However, he doesn't do sleepovers, so the kid had
to love on him while they were volunteering. 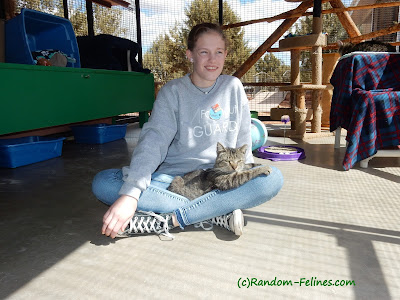 This is T-Rex. He is an FIV+ boy who decided the kid was HIS!
He wasn't sharing either - he dug into her jeans and swatted
any other cat that happened to pass by. 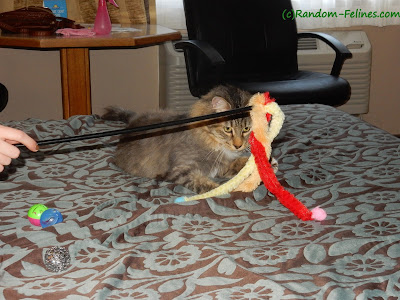 This is Viggy. He is very sweet and was our overnight guest
on Tuesday. He LOVES people, though he could learn a thing
about not head butting them in the middle of the night. :)
Viggy is FeLV positive and is about 3 years old.