Lark and the songbirds

When mom dropped off Bacall, she spoke to the head rescue lady about the little kittens that are close to being ready to go. That being the case, mom offered to take any group available.

Turns out a guy came in last week with a box with mom and 7 kittens. He had gone to a rural shelter (the same one that saved Panache) and they are still full dealing with that hoarding case. They called the rescue and got the ok to send him to our center. He was a jerk and kept slamming the box around until it was taken away from him. 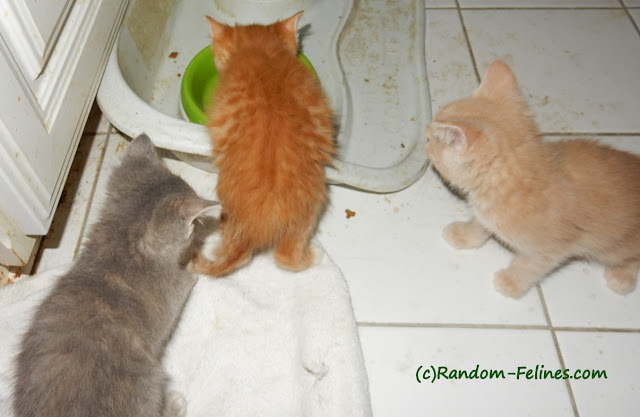 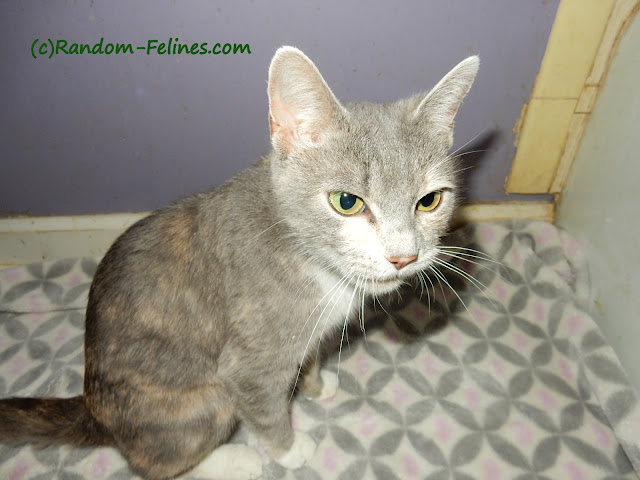 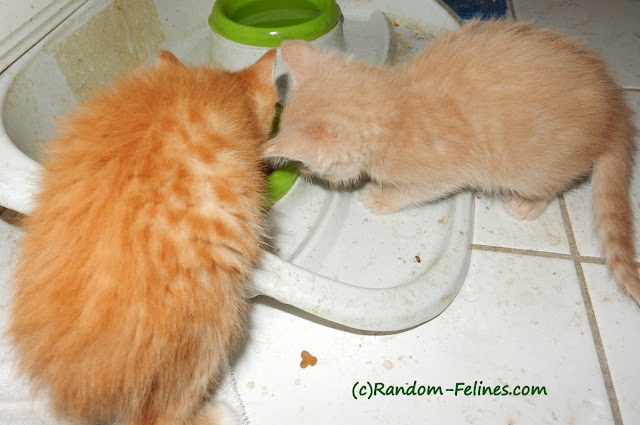 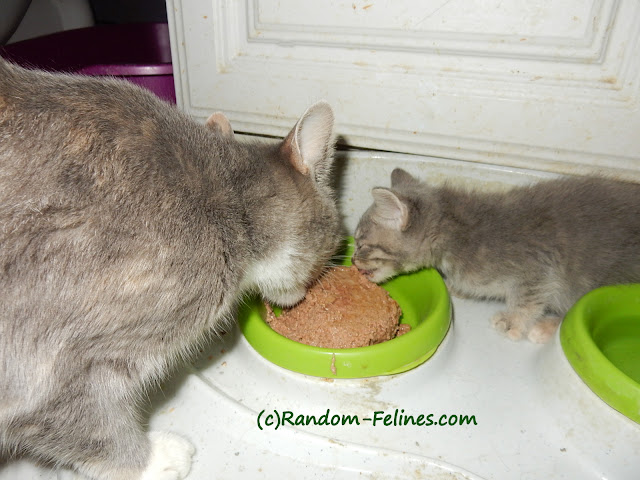 The guy claims the kittens were dropped off, but they and mom are super friendly and social. Lark was pretty stressed, so another volunteer took 4 of the larger kittens to her house. We now have mom plus three. They are about 6 weeks old but pretty little and need to put on some weight.

Our friend named her group after songbirds....these kittens are VERY chirpy. Mom decided to use the same thing. Momma cat is Lark, the gray tabby is a girl named Starling, the oranges are both boys...the darker is Kestrel, the lighter is Grackle.
Posted by Random Felines at 6:30 AM