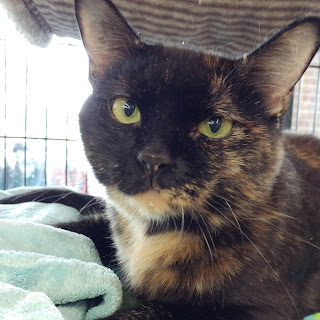 ADOPTED!!!
Yep. Miss Millie was adopted on Sunday afternoon. She will be living with a mom and her two daughters. They bought trees and toys and dishes and brushes and a nice carrier for her.

And....they adopted another cat from the rescue who was also at the store. So she will get a new home and a new older brother named Calvin all at the same time. Best wishes to our girl and Calvin.

Mom did talk to the adopter this morning. They are new cat owners and both cats are a little growly as they figure out their new environment and another cat. Mom did tell her that if something bad was going to happen it would have and they are just trying to figure things out. Keep your paws crossed.
~~~~~~~~~~~~~

As we mentioned, Romero gets his stitches out on Wednesday. His brothers Flynn and Bogart will go along and be neutered that day as well. Romero went with mom to an adoption event on Sunday and got to spend some time on her lap with the cone off. He got a good ear scratching and gave himself a nice long bath. 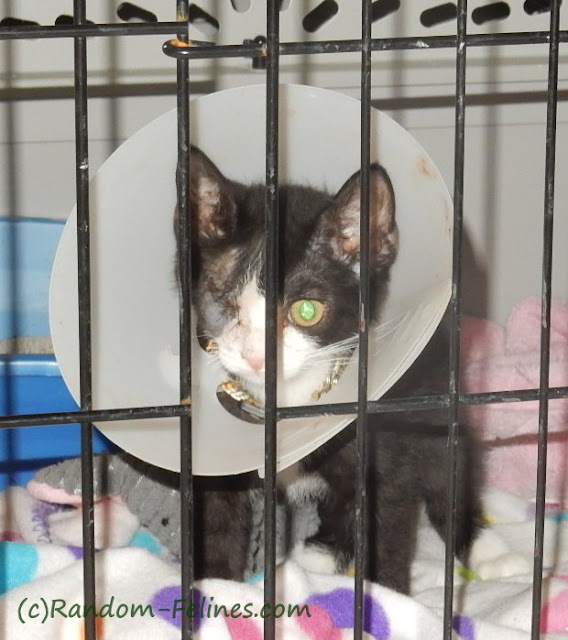 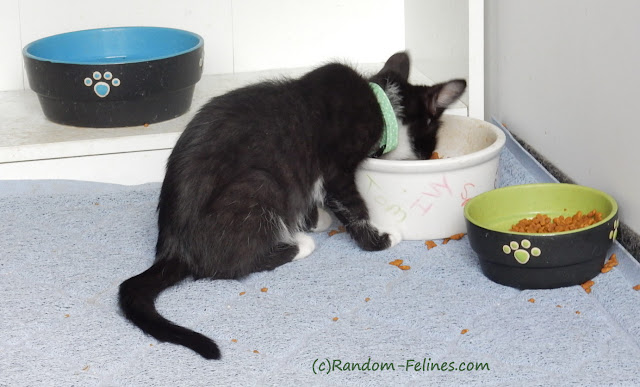 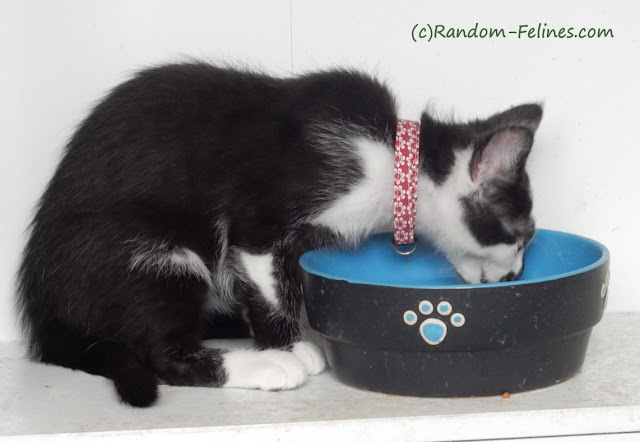 Bogart
Posted by Random Felines at 8:33 AM