Mom found some light weight velcro collars and decided enough was enough and those kittens were going to wear them so she can tell them apart. Plus she got her chart right so it actually has 6 DIFFERENT kittens on it. MOL  Mom couldn't decide if she wanted to cut the collars or not (still a possibility) so far now they are just around a couple of times. The whole thing is velco so it sticks to itself all the way around. 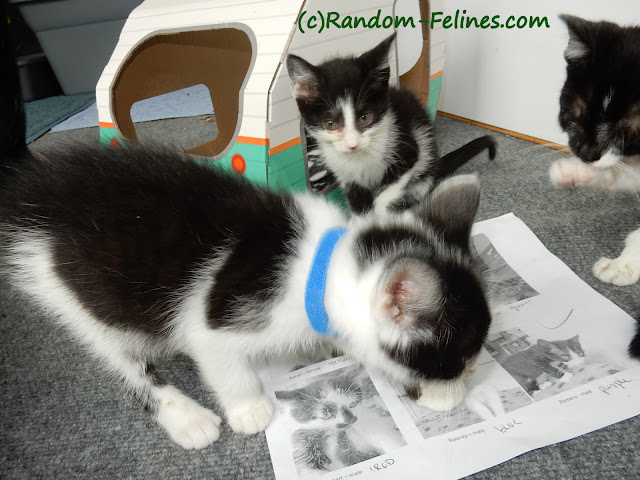 inspector Rooney wants to be sure the chart is correct 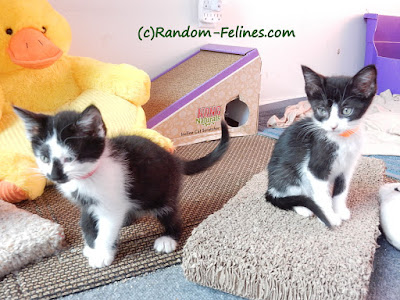 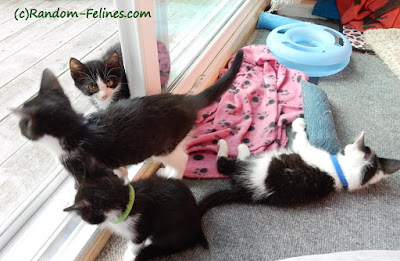 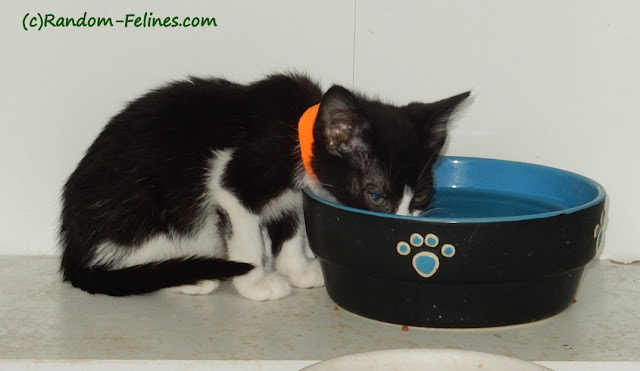 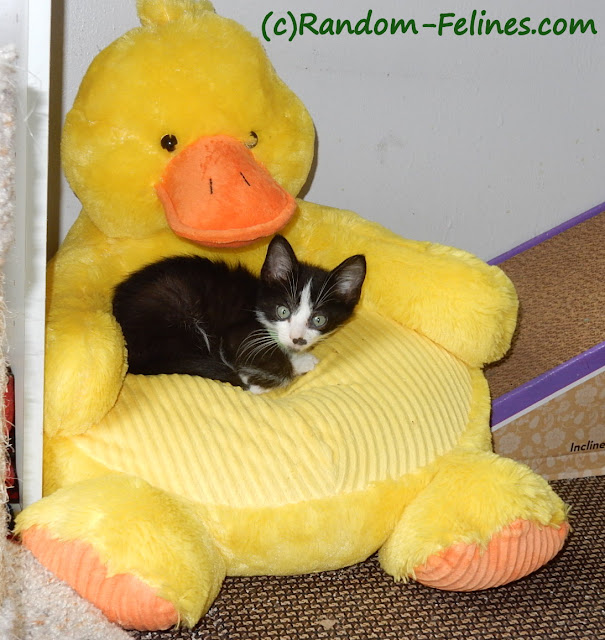 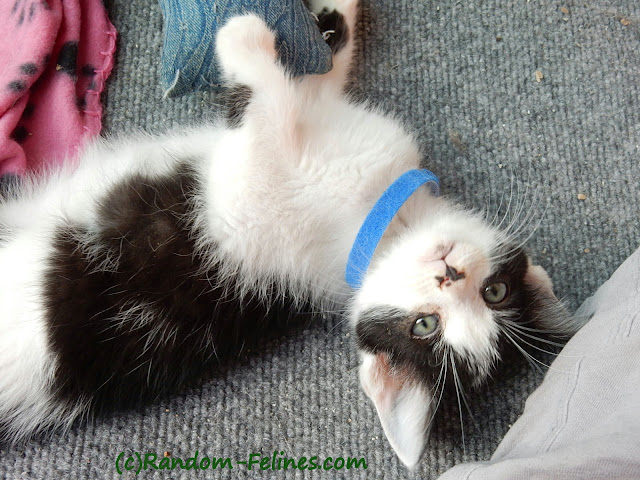 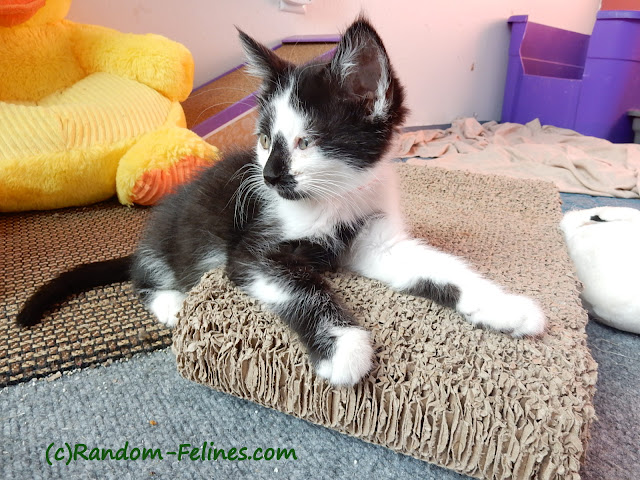 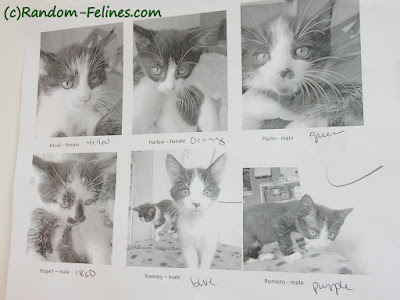 They are a social bunch of kittens and climb all over mom whenever she is in the room. Once they get over the colds and can be spayed/neutered, we hope they get adopted pretty quickly. They are still fairly snotty though so it may be a few weeks. Fortunately Panache's kittens are still a ways away from needing room to run around so there hopefully won't be much overlap.
~~~~~~~~~~

There were a couple of comments yesterday about Panache being protective of her kittens. She actually isn't....she is fine with mom picking up the kittens and holding them. She just loves to pull them close and snuggle.

Oh - and we have a question for all of you. If you notice in this post, the pictures are different sizes. Do you like the bigger ones, the smaller ones, all the same or are you ok with them being different sometimes???
Posted by Random Felines at 6:30 AM