We mentioned the new door that went in last weekend. It doesn't LOOK much different, but mom says it doesn't leak as much cold air and that the door guy fixed some other stuff too. Also, mom had him help her put the cabinet back and it is now right up next to the wall and gave the room another few inches on that wall. 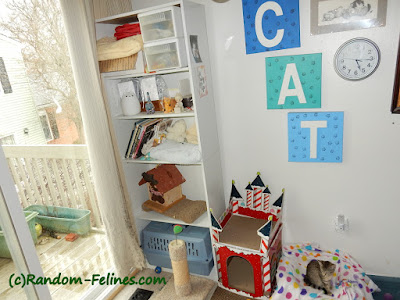 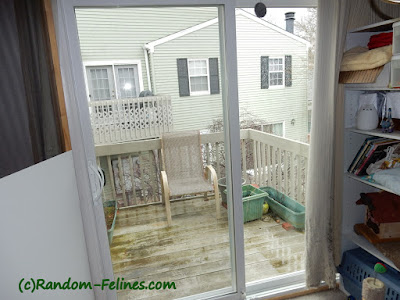 With these monkeys gone, it will certainly be quiet around here. Though mom saw the head of the rescue on Monday at the clinic and was told that she would get a call when the next momma and kittens comes in to the shelter. We suspect it won't be too long. 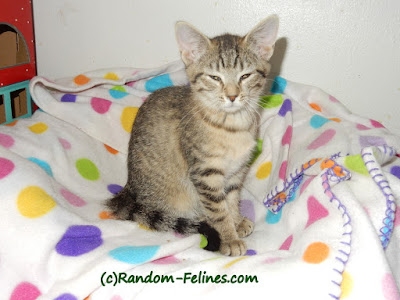 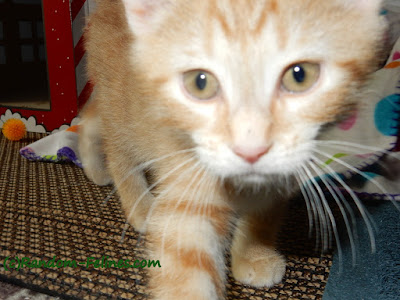 Mom got home from the rescue adoption center Wednesday night after dropping of the kittens. About an hour later, she got a text from another volunteer that Coyote had been ADOPTED!! Young couple, one other cat....he will be a great fit.