well look at that

Mom went up to the rescue's adoption center on Saturday to get some pictures for a different blog post. She wandered through the intake side and then the adoption side and then headed home.

About 90 minutes later, her phone went off with a text "2 7 week old kittens. want them?" ummm - duh. :)  Mom headed right over and came home with these two: 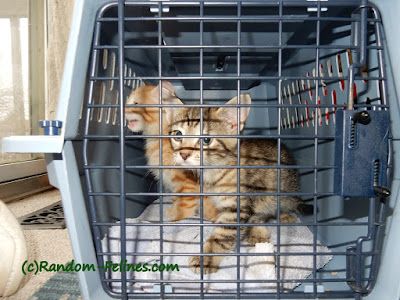 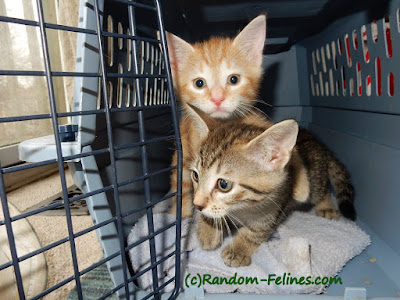 They were kind of chatty on the ride home and freaked out when they were set loose in the foster room. The orange one is a boy and the brown is a girl. Definitely need some work on their social skills, though the boy is friendlier than his sister.

Here's the thing: apparently someone saw an online ad (you know those listings) for kittens being sold as...snake food. Yes - we are appalled that this is even a thing. But this is not the first group of kittens that the rescue has taken from ads like this. Maybe they are just saying that to get someone to feel sorry, but we aren't sure. Anyhow, some nice people "answered" the ad and took the kittens then asked the rescue to take them. Of course they did and now the kittens are safe with us. Serious or not, mom and her friends agree that the people placing the ad suck. 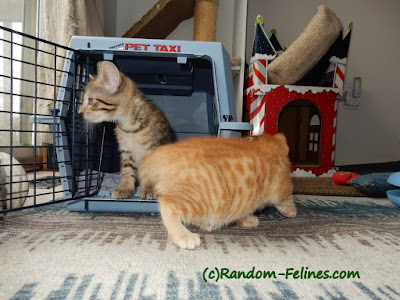 After some time, mom decided on names.....the orange boy is Coyote, his sister is Roadrunner. Meet the #looneykittens 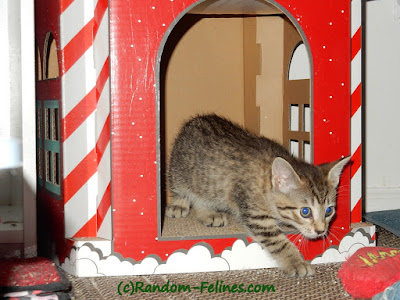 While her brother has decided mom isn't so bad, Roadrunner is pretty sure mom is scary and avoids her for the moment. However, they are out and playing and having a good time - mostly when mom is not in there. 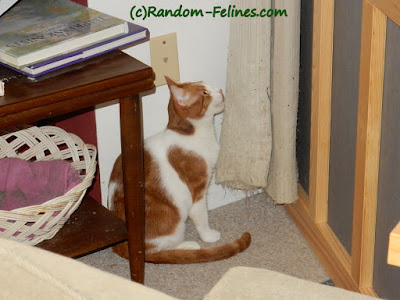 Yes....someone knows they are in there. No...he isn't allowed to play with them.

Mom picked them up within an hour of them arriving at the rescue. They were dewormed and got flea meds and their first vaccine, but they need to be tested.
Posted by Random Felines at 6:30 AM