It is that time of year again....Remember Me Thursday  when we bring to light an effort to remember those animals that never get a home of their own.

Be sure to read our post from last week about the local issues still ongoing with the dog shelter in our town. Five rescues filed a lawsuit on Thursday asking for a restraining order to stop the deaths. The Judge wouldn't sign it until they posted a bond of $100,000 to cover the cost of the shelter keeping the dogs alive in the event that the case was dismissed. The money wasn't raised (no surprise given they had about 24 hours), but the rescues agreed to withdraw the case based on an agreement with the dog shelter that no more dogs would be killed without a blood test being done for distemper.

The last update we had was Thursday night when the total number of deaths was at 84. We suspect that more died Friday before the agreement was made, but we can't be sure since there has been no confirmation. Luckily Ohio State University and University of Wisconsin are helping with testing and we hope this will help make a difference. The local humane society is taking in stray dogs rather than send them to the county facility. And rescues have been able to pull dogs that were well past any need to quarantine (ie - their vaccines would have been effective prior to the exposure). 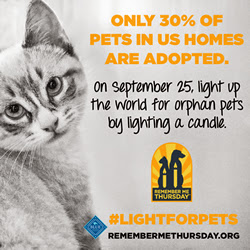 Please take a moment to honor those that HAVE been rescued....and remember those that never got that chance.