Thanks for all the comments yesterday. We will keep you posted if we catch Fiona along the way.
~~~~~~~~~~ 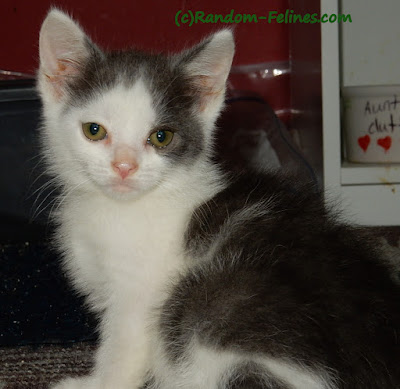 ADOPTED!!
Hops has been adopted. The market from Sunday was located in a shopping strip. One of the owners of the aquarium store next to the market came out a few times to check on the kittens (the table was right next to their front door). The owner filled out an application, mom checked it over and everything was fine, and Hops went home Wednesday afternoon. He will have 2 dads, and older kitty sister and 2 dogs to live with. Normally adopters come to the adoption center to finalize everything, but Hops was still at the house and the adopter works on the opposite side of town from the adoption center. So mom decided to deliver....and Hops got to check out the fish store!!
~~~~~~~~ 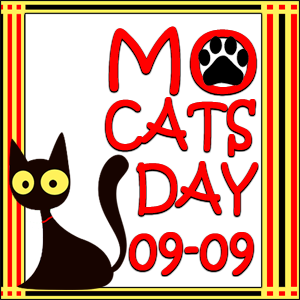 Every year we make the laughing comment that our Mo thinks this holiday is ALL about him. 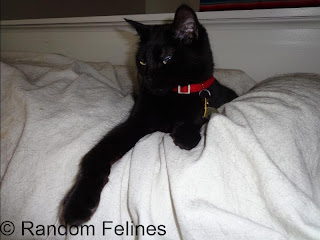 This year we would like to ask mom to have "no mo cats" for a while until these guys grow up and move along. (mom says she makes no guarantees) 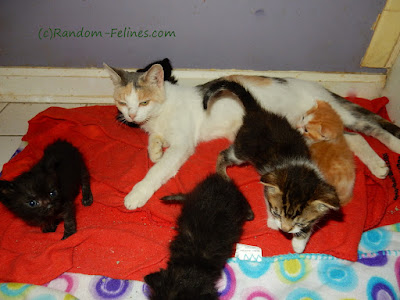 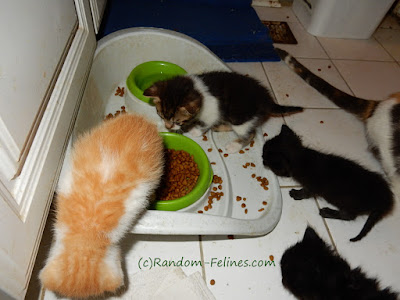 So far they seem to be more into making a mess than eating much. There is evidence they are using the litter box, and we are sure Marilyn is THRILLED by that part of it. They can often be found all piled up together, which is such a joy to see. Obviously the kittens don't care that they aren't actually related. And bless Marilyn for being so tolerant....she is caring and feeding all of them and the other night after a snack, two of them climbed up on her back and took a snooze. MOL (of course mom had left her phone and camera in the other room too....)

Barley will be headed up to the adoption center today and we have our paws crossed he gets adopted over the weekend. He got pretty whiny Wednesday night after Hops left. He was in the foster space with Wheat (the patriot girls were still in the tower) but apparently she just wasn't interesting enough. Mom played with them both, but if she left, he grumped. Finally mom gave up and moved the patriot girls out of the tower and back into the foster space. Mom didn't want Barley exposed to them, but 2 days of whining might push her over the edge. MOL  Barley was super excited to see the girls. Between that and his flirting with Fiona, Barley must have a thing for older women. hahaha

Liberty and Freedom are responding to the different meds and seem to be doing much better. Mom also borrowed a nebulizer from the rescue and used that for a few days on them both and we are sure that helped break up the snot. Not ready for surgery quite yet, but getting there.

Wheat is doing well. Her eyes are still a little goopy, but she is playing and super friendly. Just need to get some weight on her and she will be ready to go.

We also want to apologize if you have been checking the web camera. We are in contact with the company and we think they are sending a new one. Not sure if we just got a wonky camera or what, but it has been working sporadically for the last 10 days or so.
Posted by Random Felines at 6:30 AM