Wheat and Saldano are still doing great. Just need to gain a little more weight and they can be off to their forever homes (we are sure they will go quick). They spend a lot of time playing together but tend to nap separately. 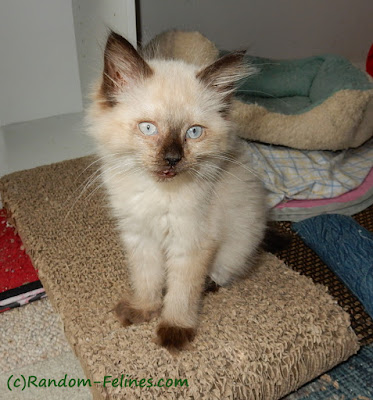 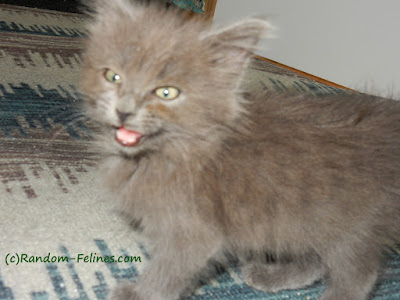 The little ones are.....little. They are still nursing and eating on their own. Mom tried to syringe feed the brandy kittens some KMR and they didn't seem to care too much about it. She has put some out in a bowl and they will drink some - though mom has to be in there to be sure that Marilyn doesn't drink it all.

That being said, they are bright and active and playing. Mom made an appointment with the v-e-t for Friday just to have them looked over....just in case. 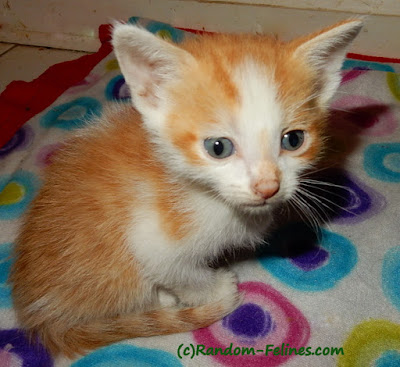 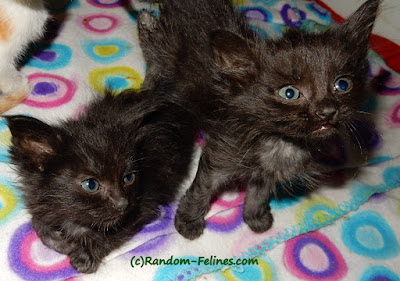 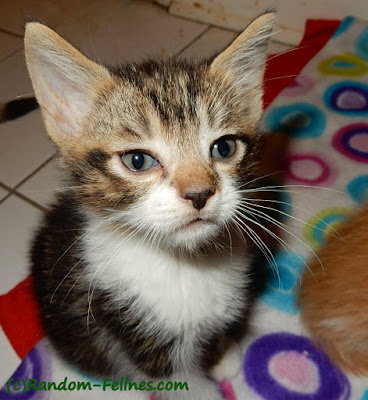 Russell is the biggest of the kittens. He does tend to throw his weight around and make the little ones cry some - though the girls tend to give as good as they get.

Mom has been putting up one of the gates and sitting with them to supervise but allow them to have some more space to run around. They seem to be enjoying it and seeing the world outside the bathroom. Calvados tends to pick a spot on mom and watch the shenanigans.

And bless Marilyn - she is SO chill. Mom put up the gate on Monday morning while she took a shower and of course Daiquiri had to jump it to see if she could mooch some kitten food. Marilyn just laid there and watched her walk by. Though one of the girls freaked out and put on her stranger danger suit....which is more hilarious than scary.
Posted by Random Felines at 6:30 AM