We are headed into some kitten turnover, so when mom took Freedom on Saturday morning to get a check on her cold (and get nebulized and some fluids), mom saw a mom cat and little kittens and said she would take them. Little kittens need out of the shelter environment pretty quickly since they can't be vaccinated. 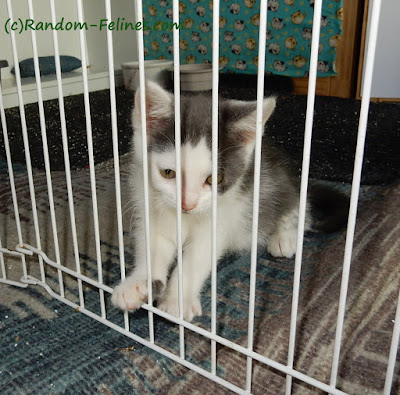 Mom set up a large crate in the foster room and then put one of the pens (secured to the wall so it won't flip over) to have sort of a no mans land zone next to the crate. Barley and Hops are fascinated....and can't get in. Mom has checked the camera a few times and one of them is usually sleeping next to the pen.

Here was the first reason mom got the crate back from her friend. A couple of weeks ago she was talking to a friend of hers that works for the city water department. At one of their construction sites, a mom cat and kittens had been spotted. Mom talked to them about trapping the mom cat and raising the kittens. A plan was put in place and mom loaned them her trap and a carrier. And the mom cat promptly moved the kittens and they haven't been found yet. There are some other things going on at this site, and mom and her friend are afraid that the kittens may not be alive and the mom cat may not be caught.

Since mom already had the crate set up, she put this new mom cat in there. She was found with the kittens and was named Marilyn. As far as mom can tell, the kittens are both boys. 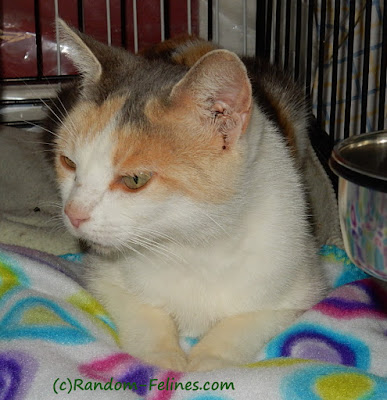 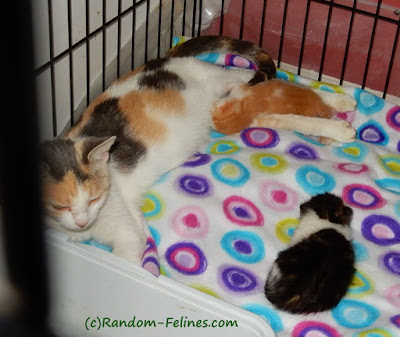 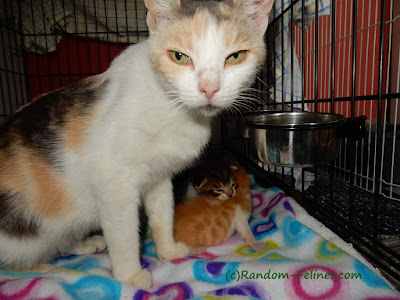 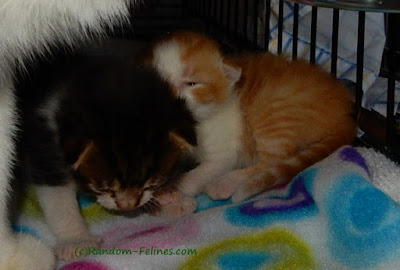 Marilyn is a good mom, though not overly so. This may be her first (and thankfully last) litter. She cleans them and feeds them, but doesn't hover over them much. The boys are both in good shape and have GREAT lungs.

This does however give mom a couple of alternatives if the feral mom cat and kittens at the construction site are found. We can see if Marilyn will take the kittens (they are about the same size based on pictures) and then spay and release the other mom. Or...if Marilyn won't take the kittens, we can move Marilyn and her kittens and put the feral mom in the crate with her kittens until they are weaned and the mom cat can be released (FYI - there is another site that has built a shelter for their ferals and she would be released over there....it isn't ideal to move them if you don't have too, but she will be MUCH safer at this other spot).