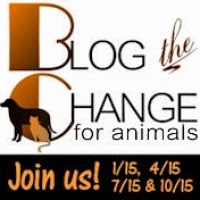 Today is a day that pet bloggers join together to bring awareness to causes near and dear to them in the hopes of bringing about change in our world.

FIV in cats can get a bad rap. It is a virus that essentially weakens a cat's immune system. Rescuers tend to refer to it as the "tomcat" disease and it tends to be most commonly spread through deep bite wounds - which tends to happen when unneutered males tomcats are fighting over girl cats and/or territory. That being said, it can also be transmitted from mom cats to their kittens. However, kittens can "throw" the disease - meaning their systems fight it off - and can and should be retested to make sure their tests don't change.

Our rescue, Colony Cats does take in FIV+ cats (FeLV cats too) and tries to find them homes. Due to public misconceptions, these cats tend to be harder to get adopted than they should be. Studies have shown that so long as the cats in a home get along peacefully, FIV+ cats can live in homes with other cats and there are no transmission issues.

In an effort to get more of these cats adopted, a decision was made to turn part of the intake portion of the storefront that the rescue rents into a small room for FIV cats.

Wait....we know what you are thinking....if they can live with other cats, why have their own room?? Well, due to having immunity issues from the FIV, the rescue decided to have them in a separate space to limit their exposure to kitty colds or whatever that tend to appear in general shelter cat populations. The separate room isn't to protect the other cats from FIV, it is to protect the FIV cats from common diseases that can take longer for them to recover. 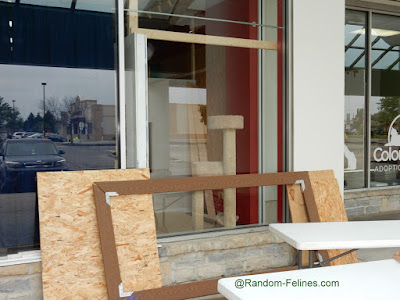 We got lucky - a local construction crew took a Saturday and donated their time to get the room built out, the walls up, and windows and door installed . 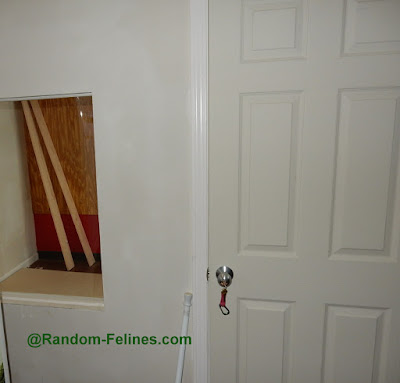 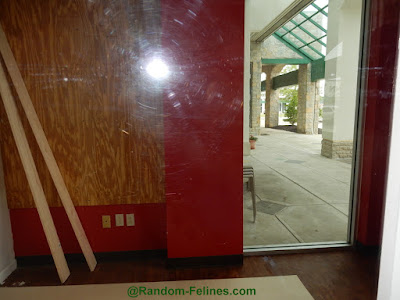 Once completed, it will have spaces to hang out and a board on the wall with names and descriptions of the cats. Last we heard, they were hoping to open the room by the end of July. We certainly hope it will go a long way toward dispelling some of the myths about these cats and helping them find loving homes. Mom says, cats get adopted faster when they are seen in person.