Our resident house panther turns 9 this year (which sort of puts him in the "senior" category, but don't tell him we said that). 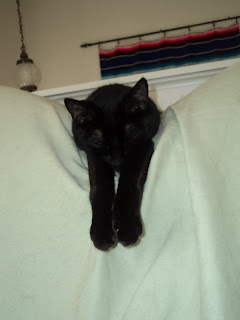 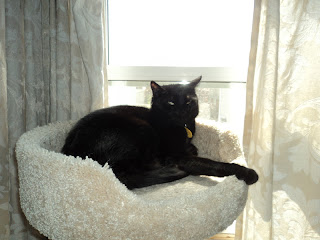 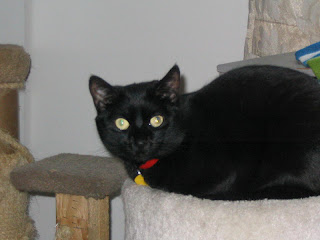 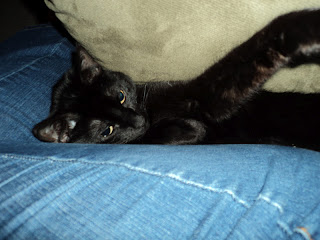 Mozart was a foster failure. He came to us as a foster kitten at about 6 weeks old with his orange tabby brother Picasso. Mo developed an eye infection that ulcerated and caused a scar. By the time he was cleared for adoption, he was almost 6 months old. He went back to the humane society where mom volunteered at the time....but with the eye scar and a mildly bratty attitude being back there, he sat for quite a while. Mom finally woke up one morning and realized that is someone else adopted him, she would never see him again. The paperwork was finalized and he came home.

Mo is the resident sun worshipper....if there is a sunpuddle, he is sleeping in it. He gets along with the permanent residents all well. He would be the first to tell you however that his life would be much simpler and quieter without all the foster kittens. But he tolerates them.....

He is affectionate, a lap cat and probably the most social of all of us if people come over to the condo.
Posted by Random Felines at 6:30 AM