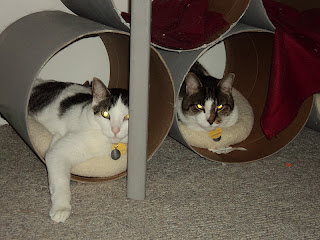 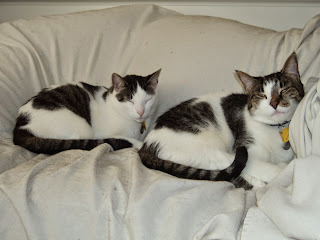 Tim is affectionately known around here as "Uncle Tim" - he is probably the most willing to put up with kitten shenanigans. He had to have most of his teeth pulled a couple of years ago due to stomatitis and will more than likely have to lose his fangs sometime soon.

Tommy is the fun police - unless he is the one having fun. He tolerates the kittens but will happily put them in their place. Though he has been busted a couple of times cleaning them....just don't tell anyone we told you. He is getting a little leaner as he gets older, but he is still head mancat around here.
Posted by Random Felines at 6:30 AM