Yes, we know she has been on here before, but we have an update.... 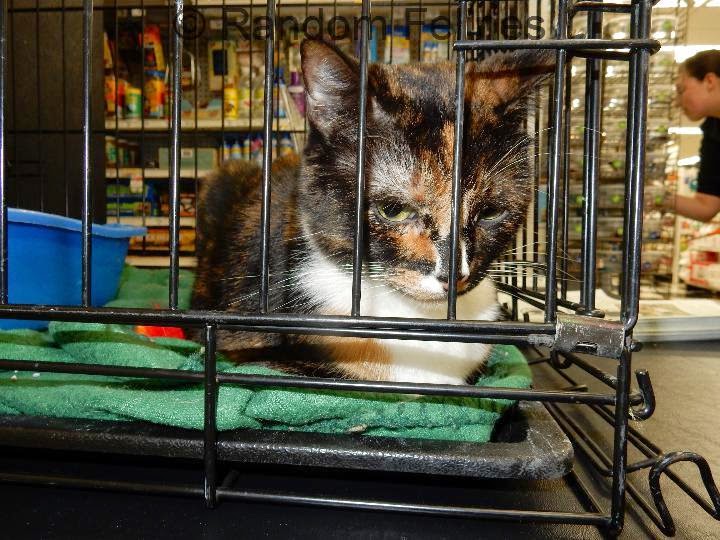 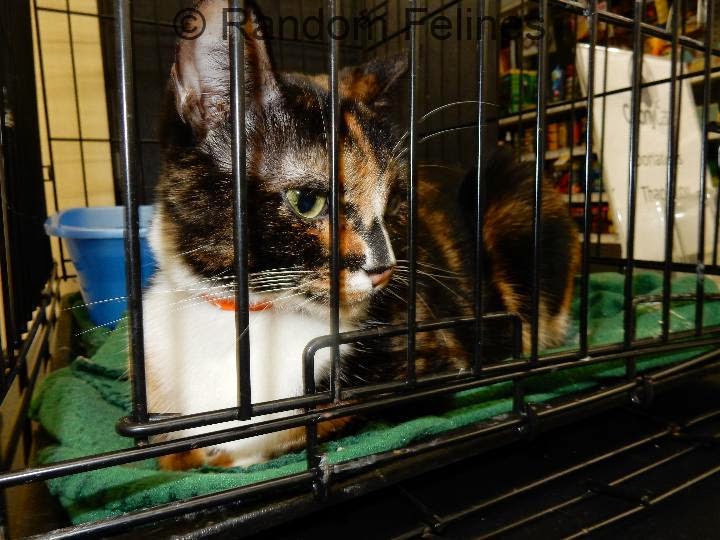 Since we don't currently have adoptable kittens in the house, and the adoption center has been so busy that mom didn't want to take kittens from there, she decided to take Mae with her on Saturday to the Petco adoption weekend. Mae of course expressed her displeasure at going in the carrier, going in the car, and going in the crate. MOL

However, things are looking up for Mae. She is out and about at the adoption center - though she has claimed the large trash can that holds the litter as her personal space. She has slimmed down some - not quite so curvy. She is still a talker though.

And....she is a lover. OK- mom discovered that Mae doesn't like her so much....appears the girl is holding a grudge about something. But our friend Miss Emily said she can pick Mae up and carry her around like a baby. And Mae was flirting like mad with the staff and a couple of customers at the store. No adoption interest, but at least she was turning on the charm.

That being said, she was giving the two other cats at the store "the look" and growled a couple of times. But with slow introductions, we know she would be ok. A gentleman came in with a toy poodle and Mae lost her mind - full Halloween cat mode. Though a couple came in later with a puggle and she seemed fine. So either she was getting used to it, or poodles are scarier than puggles. Who knows??  :)