test results of a sort

So Daiquiri and Kahlua were tested for FIV/FeLV and were spayed yesterday. Kahlua was negative no problem.

Here's the thing....the rescue uses an ELISA (or snap) test. Which can give a false positive. Every tiny variable has to be exact or it could come out wrong. Negative is negative, positive is not always positive. Once the test is started (snapped), it has to run for 10 minutes. At the one minute left mark, a VERY faint positive for FeLV showed up. [you can read more about FeLV in a Best Friends article here]

Mom spoke to the vet and they agreed to try something else. Normally the test is run with whole blood. But again, any infection could possibly throw it off (though Daiquiri may win the prize for the healthiest kitten to ever pass through this house). So the vet suggested spinning out the red blood cells and just running the serum. So they did that....another 10 minute wait (mom went to get coffee by this time - so much for a quick test).

This test was negative.

The vet had the tech call the company that makes the test and explain what we did and everything else. They agreed that the second test was more accurate - not actually because it was serum based but because it had been out of the fridge longer (see - twitchy test). Enough blood had been drawn that the remaining sample has been sent to the company and they are going to test it as well.

But what about Daiquiri (and everyone else)? Mom said to the vet - if I take her home now, you are confident enough that she can be out with the resident cats and the fosters...and any other cats she comes in contact with? Yes - absolutely according to the vet.

This leads us to the rescue. And this is more an image problem than a test problem. Most vets are going to run a whole blood test (if they rerun it for some reason). If we adopt Daiquiri out as negative and an adopter has her retested and it shows that faint positive, regardless of other tests, the rescue looks bad. Very bad. And as anyone in rescue can tell you, bad PR is a very bad thing.

Mom decided to talk to the head of the rescue and leave it in her hands .....

Anyhow, mom spoke to the rescue lady last night: for now both Daiquiri and Kahlua are back with us due to lack of space at the adoption center. She agreed that for our purposes, yes, Daiq is negative. Once the company runs the test, if we can get the results in writing, then we will attach that to her records and she will be negative and our PR butts are covered.

And we know what some of you are thinking: why let them out if they aren't tested. Normally we don't but in this case it was a coordination issue - the older two were tested and were negative. Daiq's mom was later caught and tested negative. So, the risk was fairly small until mom could get it together with travel and the holidays and having them old enough to get them tested.

Now to get them online and get their furry buns adopted!! 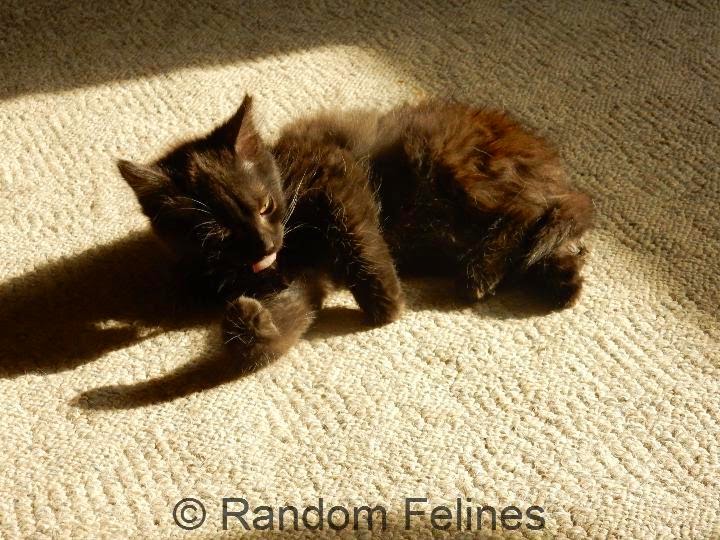 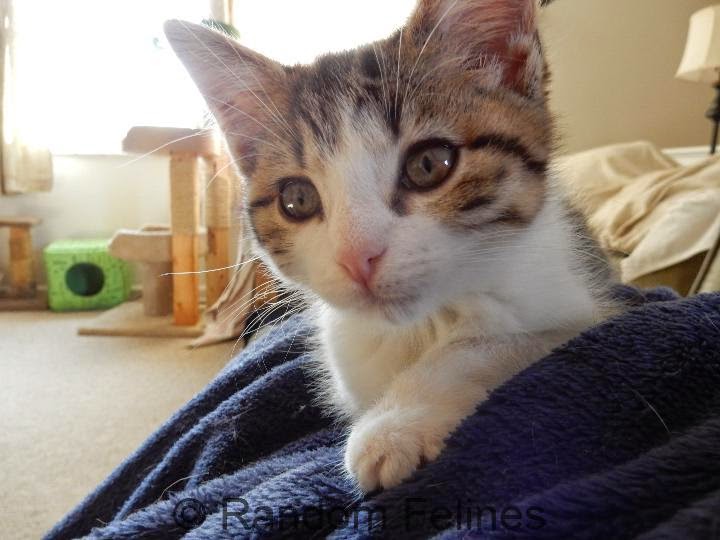 Posted by Random Felines at 9:53 AM