Thanks for all the purrs for Cass. Mom spoke to the rescue vet yesterday and she had spoken to the specialist. Nothing shows up on x-rays. And since she is walking better than a week ago, mom and the vet agreed to stick with limited activity for now and then reassess once she is done nursing. Since we will never know when something happened or what exactly happened, the best we can do for her is treat the symptoms and get her healthy.
~~~~~~~~~~~~~~

An update....some of you may remember reading one of our Opt to Adopt posts about a senior guy named Ebright. As a reminder, he was living in foster care, was adopted by a lovely older woman, she passed away and her family called the rescue to "get the cat out of the house". Ebright went back into foster care with our friend Miss Beckie. ﻿But he wasn't very happy about it. Ebright's greatest joy was living in a house with just HIS person. Well....as it turns out, another senior lady called the rescue and...wanted Ebright. No other cat would do. So, Ebright is now in his new home with his new lady sleeping on her couch. She said he is a little grumpy and she wouldn't have him any other way. 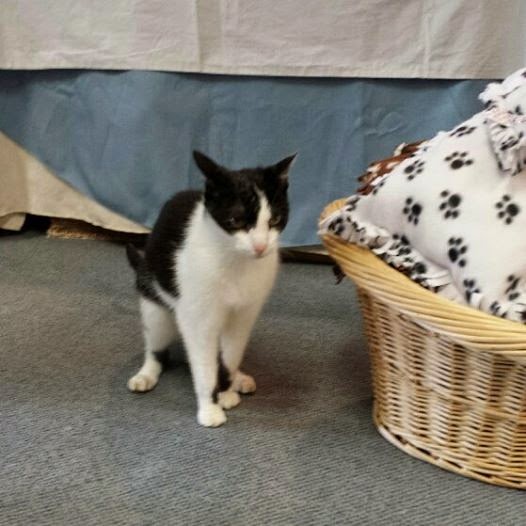 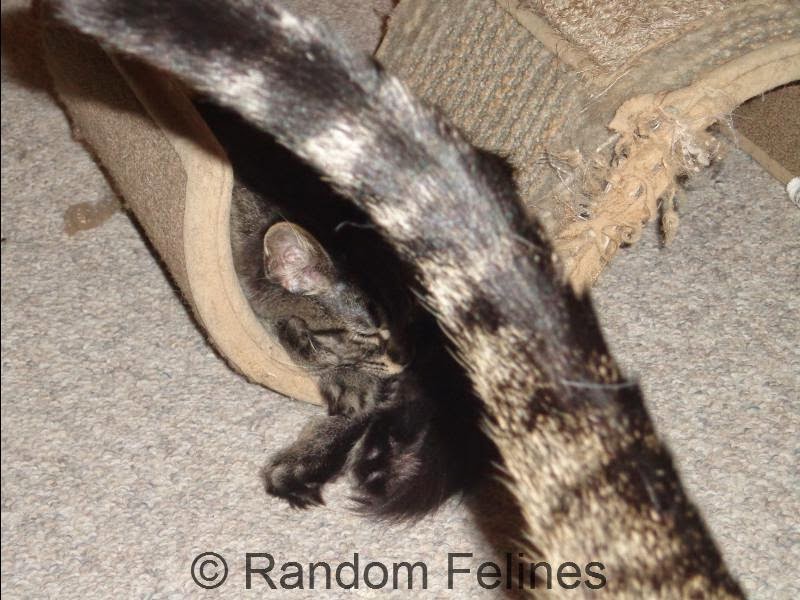 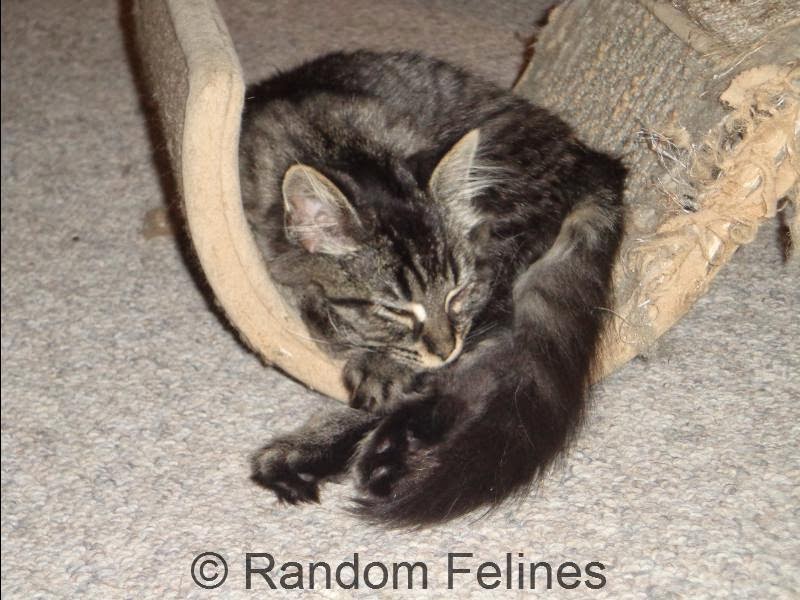 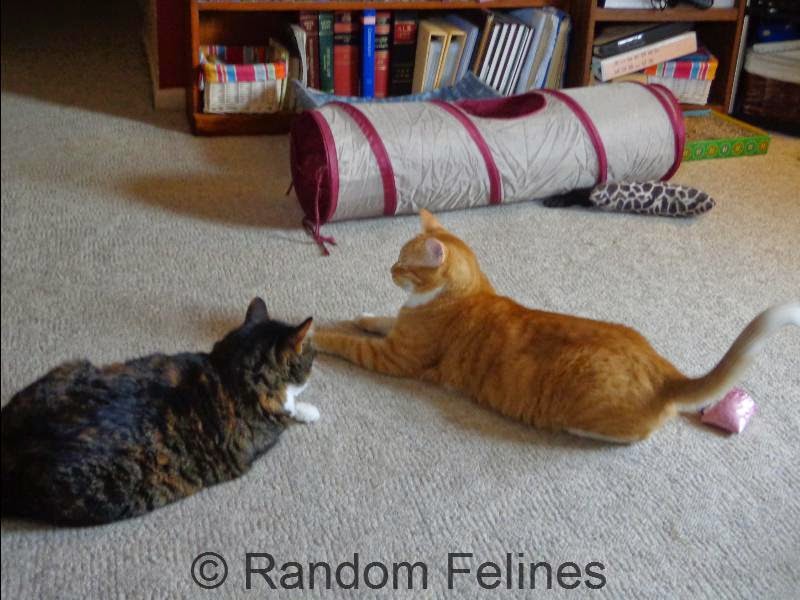 Over last weekend, Junior jumped off the sofa, strolled over and laid down - right there. He is less than a foot from Ivy. Not sure if he was doing it to torment her or just ... whatever (hard to say with that boy). But weirdly, Ivy just sat there. It lasted 2-3 minutes until Junior stood up, stretched and wandered down the hall. Don't get any ideas though - later that evening she was snoozing on the footstool and he was teasing her until she hissed at him.
~~~~~~~~~~~~~~~~~~ 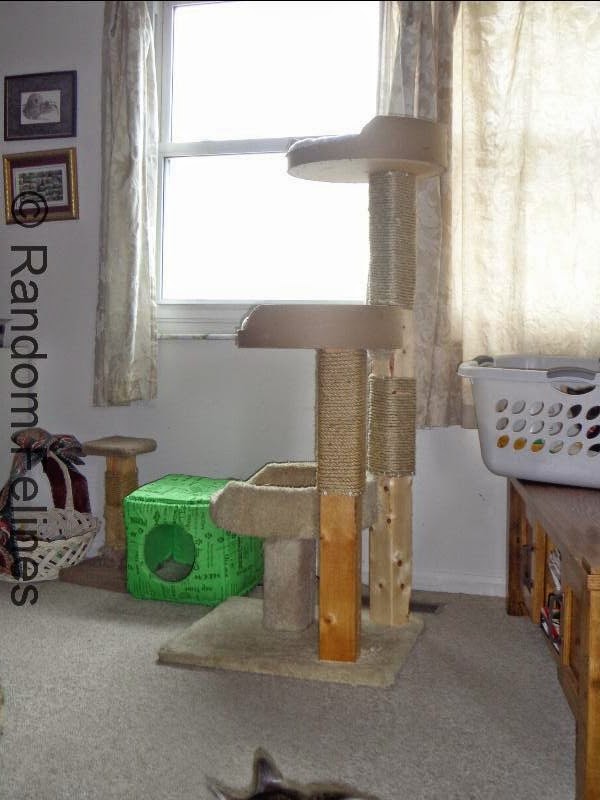 Mom has been working on the cat tree. So far the carpet is off two of the big posts and two of the platforms. Mom says she is fairly certain whoever put the thing together was paid by the staple....there were like a bazillion. She wrapped sisal rope around the parts of the posts that we like to scratch on. She found donut beds on sale for the platforms. Now she just has to figure out what to do with the platforms. She was considering paint. She doesn't want to put fabric on since she isn't sure how to attach it so that she can get it back off if she needs to. The sides are cardboard though. Plus mom noticed the other day that Coral had gotten used to climbing the high post and using the carpet to climb over the top platform - Coral is now slightly confused.  HAHAHA﻿  Mom just has to remove the last part of the carpet.

And then maybe someday start working on the shelves she wants to put up for us. (yeah right)
Posted by Random Felines at 5:30 AM