She comes twice a year and this time up was Tim, Tom and Ivy. Cod help us. 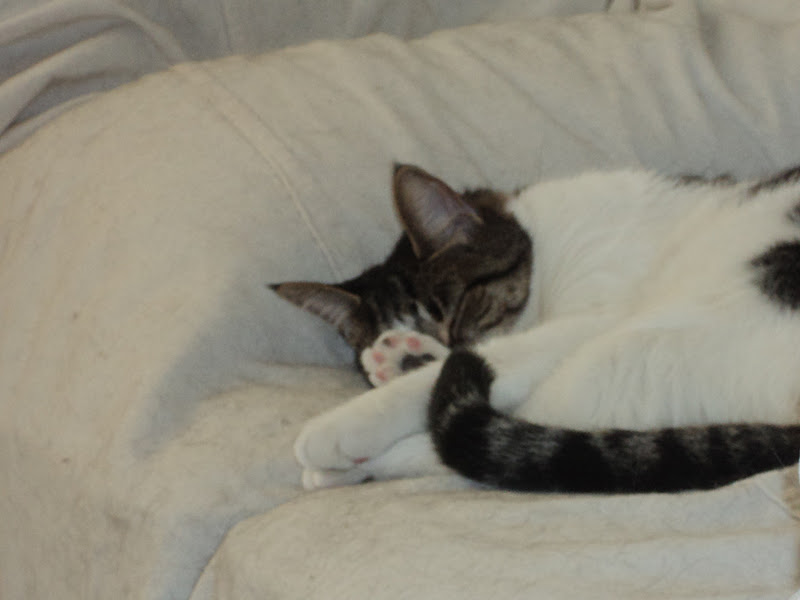 Tommy was weighed and vaccinated. He has lost over 1 1/2 pounds in a year which concerns the vet and mom. So the v-e-t did her vampire routine and we should have some results in a couple of days. Mom isn't too concerned as Tommy hasn't acted any different. Mom has cut back on food around here to help the Princess but has decided to put out a little more at meal time as everyone around here (except that darned Princess) doesn't need to loose weight. 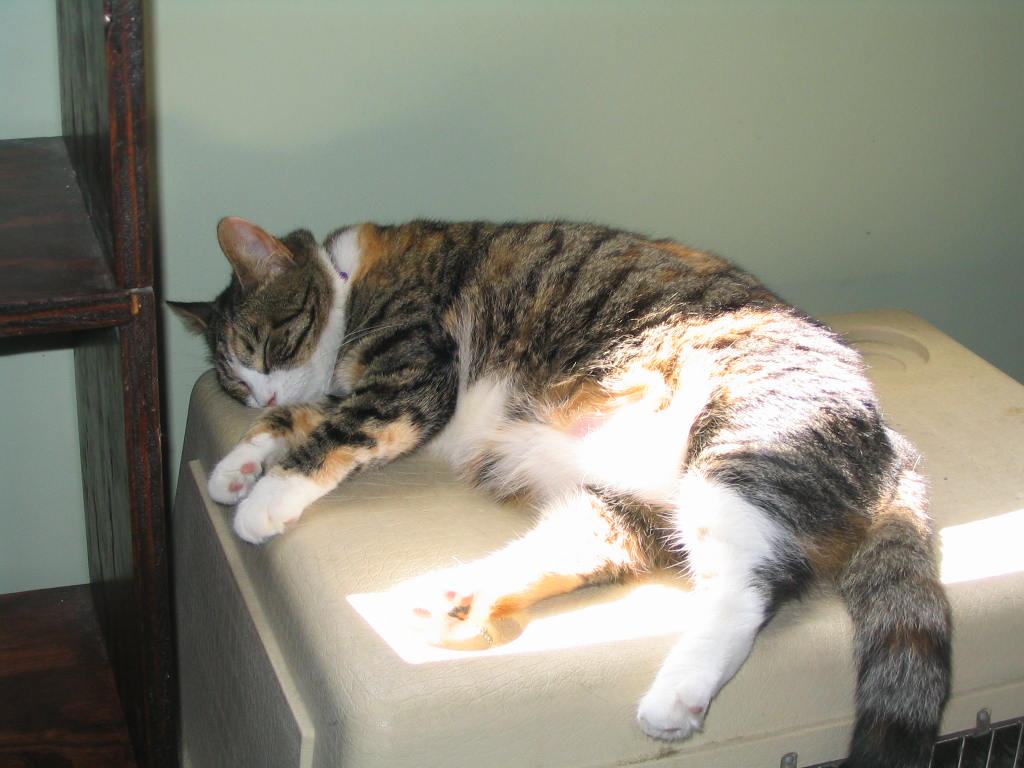 Speaking of the Princess. She knew something was up and mom was unable to catch her to get her in the bathroom before the v-e-t arrived. She wedged herself behind the sofa. But the tech has some serious wrangling skills. So she grabbed the Ivy and wrapped her in a towel. There was some screaming (by the cat - not the mom or the tech) but she actually was pretty quiet in the bathroom (that's a first). And she lost.....  0.1 pounds. Mom just sighed. 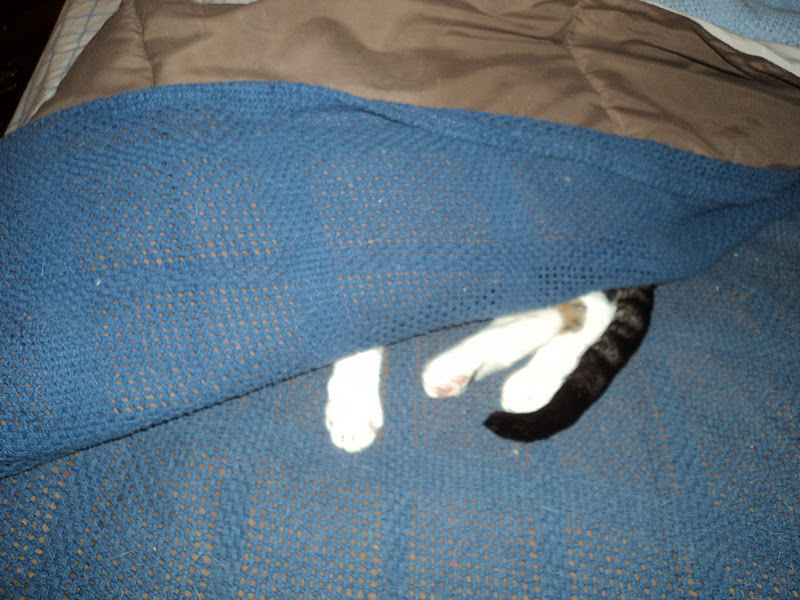 Tim was caught too and was the first contestant. The v-e-t has some concerns about his front teeth (if you remember he lost most of his teeth 12/12 due to stomatitis.....his fangs look a little inflamed...but we are going to keep an eye on him for now.

Seems the number of the night was 12: Tim weighs 12 pounds, Tommy weighs 12.01 pounds (they checked twice cause that just seems wrong) and Ivy weighs 12 pounds also. Maestro was weighed too (though mom can't remember the number) and has lost some too....but that is more likely due to his age. Again....we see more breakfast and dinner in our futures (guess that makes up for the v-e-t).

Mozart was out wandering around. He rubbed on the v-e-t's coat and tried to knock stuff off the table. Amelia came out and supervised for a little bit. No one ever saw Junior, Spud, Cumin or Saffron. MOL

**update - the v-e-t called Wednesday afternoon (after mom wrote this). She said that most of the result of Tommy's blood work are good. But his albumen numbers are the low side of normal and his globulen numbers are high. Which to her indicates a gut issue. So she is sending a dose of panacur (start simple) and mom is gonna lock up Tommy and take a stool sample to be tested (the lab is local and mom can drop it off). In the meantime mom put out a little more food this am but while most of it was eaten, there was some leftovers (mid-morning snack). Mom asked Dr T about adding some canned food to our diet as well, so that will be coming. YAY!! (mom: cause my cat food budget needs that...I gotta find a friend with a card to Costco or Sam's) Dr T said it may end up being IBD and she would suggest starting with diet change and go from there. Mom needs to do some research and we need to wait for some more tests. But Dr T didn't seem seriously concerned. She said let's start with this, weigh him in a month and see what happens.
Posted by Random Felines at 3:00 AM