Most of you are with us when we say that educating the next generation is the best way to help further animal causes. Well, we found this article about a class being offered by the Helen Woodward Animal Center in San Diego CA. Very cool!!
~~~~~~~~~~~~
In mom's defense of yesterday's video - Emma would eat until she explodes. Don't believe a word she said about being starved......  MOL 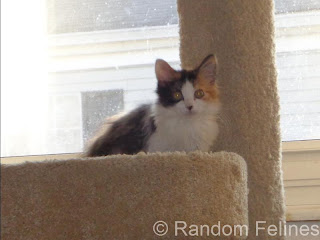 We was not gonna announce it until it was final, which was supposed to be today. Miss Emma has a home. A nice lady saw her picture at the Petco store and filled out an application. She was patiently waiting for Emma to get big enough for surgery....and was supposed to take her home today. However, that darned fungus is screwing up the process. So we have custody of the kid for another 10-14 days.
~~~~~~~~~~~ 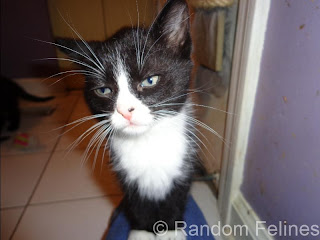 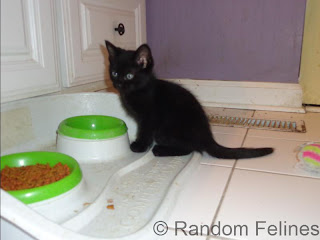 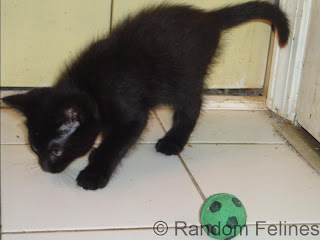 Oh and mom discovered the black pepper boys (haha) actually have a little white on them which should make it a little easier to tell them apart down the road. Serrano has a tiny locket on his chest and Poblano has half a mankini. And of course after the v-e-t visit the boys have shown no symptoms of anything. Mom thinks maybe they just wanted a road trip.
~~~~~~~~~~~

Miss Cleo is moving from our local store to another store where the rescue has adoption cages. She has been available for quite a while and mom doesn't get it, so we are hoping being in a new area will speed things up for her. She is beginning to play which is fun to watch!! Mom went to see her the other day and she was chasing a pink mousie around the cage. Good luck Cleo!!! Mom will still do her adoption, so we will keep you posted. 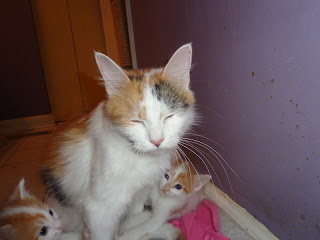 Posted by Random Felines at 8:25 AM