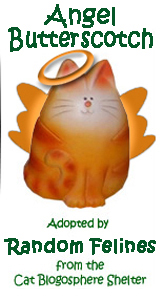 Butterscotch aka "The Big Orange" was the picture of the outgoing social big orange tabby. We don't have pictures of him....we just didn't think his time was that close when mom did finally get a digital camera. B is the big fuzzy guy in the middle. 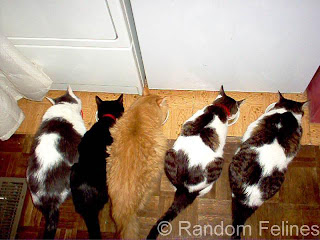 When mom was younger, her parents were told that she had bad allergies to cats. So her dad, who really isn't a cat person anyhow, laid down the "no cat" rule. Well, mom went off to college and her brother started pestering dad. Finally, Dad said that Rob could get a kitten - if he managed to get on the honor roll. And mom's C average brother managed to pull it off and Dad had to pay up. Rob came home with this tiny ball of orange fuzz.

Butterscotch lived with mom from age 2 to 16 when he crossed the Bridge. He never met a stranger.... he was the official house greeter. Social, loving, outgoing and just a wonderful cat. He seemed unfazed by every move the household made and every new cat that came to join us.
~~~~~~~~~~~~~~~ 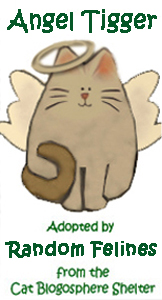 Tigger joined the family when mom was living in Texas. A guy at work had a cat with kittens and mom took one and a friend took the other. Tigg was this cute fuzzy tabby kitten. He would run around the house like a nut. Butterscotch and Maestro were adults by this time and were convinced the new guy had no brains. Mom remembers one afternoon where Butterscotch was snoozing on the coffee table. As she watched, his tail slowly moved back and forth.....entertaining the small fuzzy new guy. :) 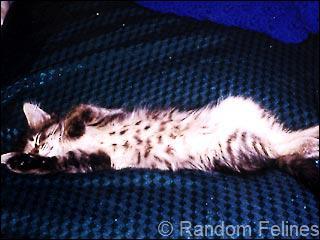 However, moving back to Ohio seemed to change Tigg's personality and he became jumpy and nervous. Mom was sad but promised that no matter what, he was part of the family. Looking back now, mom says she wishes could have known more and tried harder to help him.

He got very sick and was diagnosed with hipatic lipidosis. Basically he stopped eating and his liver started to shut down. Mom decided to treat him and give him every chance. A feeding tube was put in and after weeks, he did recover. But she also promised him that she would never do it to him again. About 18 months later he developed the same symptoms and mom made the decision to help him over the Bridge. 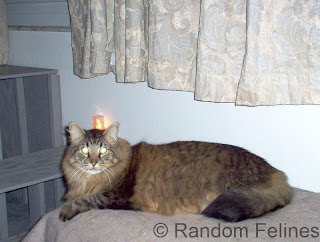 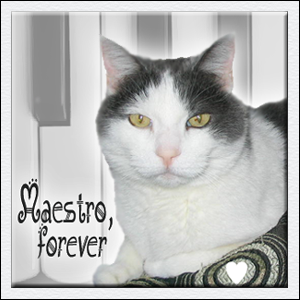 Maestro  9/93 to 5/14
Maestro was one of our original cats. When Butterscotch was about 18 months old, mom came home from college on break and decided that Butterscotch needed a friend. She went to a local shelter and adopted Maestro. Butterscotch was of course NOT amused and chewed on the new kitten for a while.

Maestro was our chilled out laid back unfazed boy. He never really learned to like the foster kittens (mom thinks he was just old enough by the time she started fostering that he didn't want to be bothered). But he loved all of us and loved mom most of all. He developed a growth on his jaw that the v-e-t determined to be cancer. Mom gave him as much time as she could, but as it grew large, it was time to help him across the Bridge.
~~~~~~~~~~~~~~~~~~~~~ 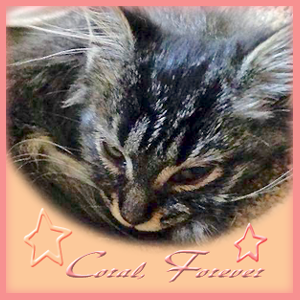 Coral 4/14 to 10/14
Coral came to us as a foster kitten. She was found with her siblings while the rescue group was doing TNR in a trailer park. Mom wasn't intending to adopt her, but there was just something so peaceful about her personality and mom thought maybe she would make a great therapy cat. Unfortunately, she started getting sick and diagnosed with FIP.
~~~~~~~~~~~~ 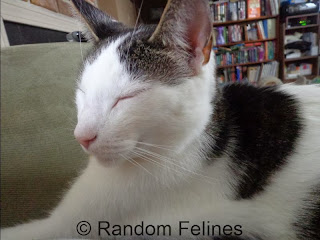 Tim 10/03 to 3/16
(gotcha 8/4/05)
Tim was adopted in 2005 along with his brother Tom. They were pretty bonded at the time and even after many years with us, Tim would seek out Tommy for comfort. Tim was our kitten raiser (aka Uncle Tim) and just so super sweet. He was pretty shy however, and normally wouldn't come out when there were people over....except for mom's friend Miss Kelly. It became a running joke and mom would text Miss Kelly pictures from her "boyfriend".
~~~~~~~~~~~~ 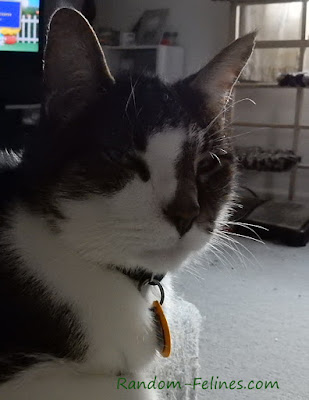 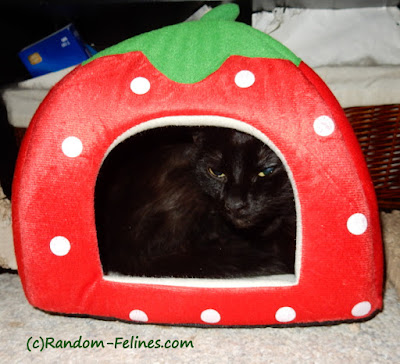 Mozart 9/25/06 to 10/25/17
(gotcha 2/25/07)
Mozart came to us as a foster with his brother Picasso. As much as mom had no intention of adding to the family, these things happen and he was a wonderful addition. Mo was the lap cat of the family - although if the space heater came out, you would be quickly abandoned. He was a lover, not a fighter - unless you were the vet. The only cat we have ever had that needed the word "caution" on his medical file.
~~~~~~~~~~~~~~~~~ 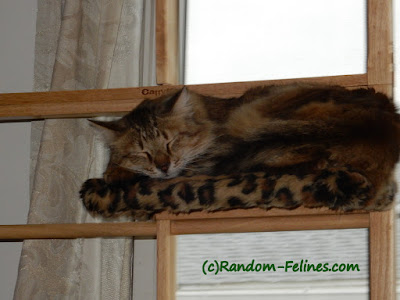 Spud
9/12/08 to 2/26/18
(gotcha 12/16/08)
Spud came to us after a neighbor of mom's parents found him in a box near their work. The original intention was not to keep him but get him big enough to be adopted from the humane society where mom was volunteering at the time. Well, that never happened. He just seemed to stay. He was very skittish all of his life but loved the girls.