All the swear words

Ivy was supposed to be getting ear drops once a day for 2 weeks. Mom was sneaking up on her while canned food snacks were served. Good news - it worked. Bad news - only for a week. That said, her ears do look better. 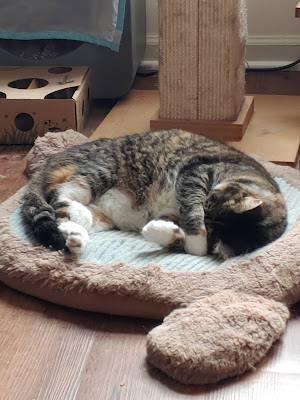 In other news, Blueberry discovered on Saturday that she could climb the pen used as baby jail. Dang it. However, mom had ordered the taller Tespo panels. Now they are zip ties to the inside and the kittens are once again trapped. 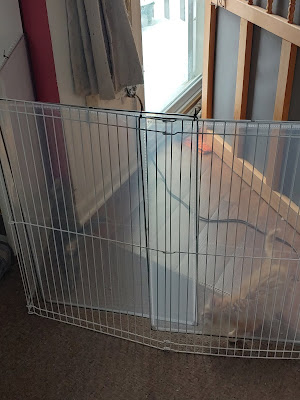 However.....the swear words really came into play on Friday. Mom was on a call and had Blueberry out on her lap. There was something on a back foot and mom figured it was litter. It was not....it was a scab that came off revealing: a ringworm lesion. ALL the swear words. As we say, it's not fatal unless the animal is in a high kill shelter (most won't treat due to the time it takes), it's just annoying. It can be passed to people so they stay in our intake department or the foster home until it clears up. Stupid fungus

Now, it will clear up but they are here for the duration (probably another 30 days). Not that we don't enjoy having them here, but dang. 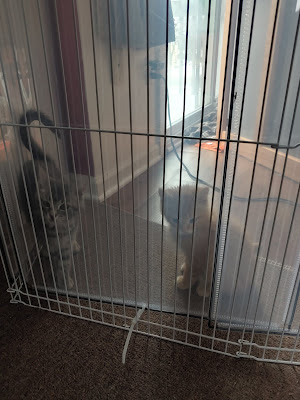