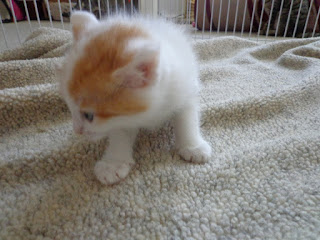 Remember this guy from October 2012?? That is Kyan and he was part of the group known as the gemstone kittens. And older gentleman found his mom and the kittens on his porch and couldn't care for them so mom agreed to take them.

Well, as happens from time to time, sadly, he was returned to the rescue. His family was being transferred to Hawaii. Turns out that state has a miserable quarantine process to bring domestic animals in and he would have had to be kenneled for about 6 months - regardless of paperwork or anything else. His family couldn't do that to him, so he came back.

He is currently in the "zen" room at the rescue which has a door and is a place for cats to come in that is a little quieter and protected from the open space of the general population at the adoption center. 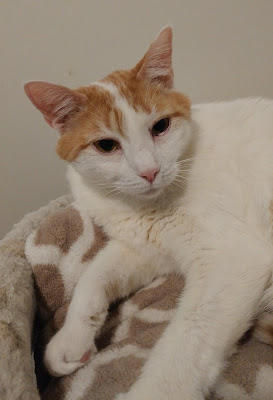 He is a BIG boy but so very sweet and a little shy. He loves gets pets but hasn't been brave enough to venture out of the zen room yet. Hopefully with time - though he can hang out there so long as he is comfortable. Mom has suggested him to a few people that she thinks would make a good home for him, but no takers yet. Oh - and he was renamed Chester. 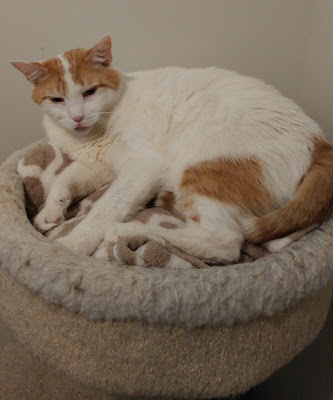