Friday we left with you a teaser....

Our plan last week was to have Saporro and Kilkenny neutered (that happened) and then go up to the adoption center. That part didn't happen. Mom checked everyone on Friday afternoon and Kilkenny's one eye was weepy and red. Which means everyone probably has been exposed to something - if the boys went up to the adoption center, they would be back pretty quickly due to illness. Better to keep them here and have them get over it.

However, rather than leave Peroni and Marzen by themselves, mom was talking to another set of volunteers and they talked about mom taking their bottle baby. They got a call over a month ago to get a tiny kitten in danger. They took him and he is now about 5 weeks old. Like most bottle babies, he now needs to be with other kittens to learn how to "cat". In the meantime, someone brought in a single 5 week old kitten they found in a parking lot. Mom agreed to take both boys. 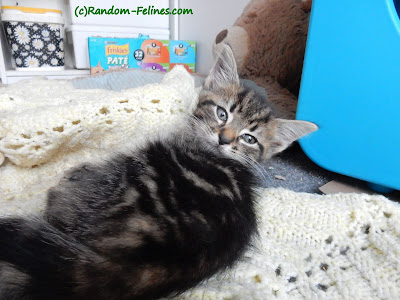 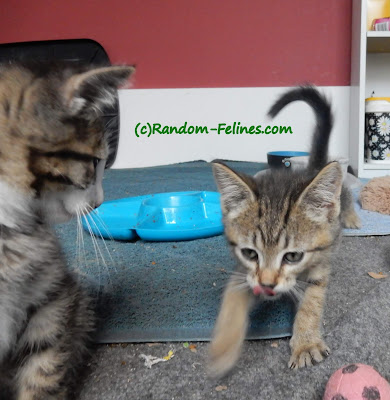 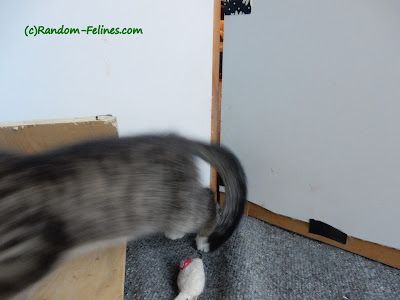 Guinness has NO capacity to stand still. Unless he is sleeping, he is on the run. He is doing pretty well with the other kittens but LOVES mom as like with most bottle babies, he is very people centered. 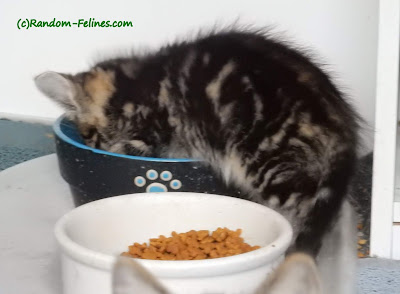 Balashi is kind of shy. If you follow us on social media, he was the boy on Friday that was hiding behind the bird house. Fortunately it only took a couple of days for him to come down and hang out with the other kittens. He is ok with being handled (though he was hissy that first day). He is definitely shyer than the other kittens though.

So the plan was to let Goldfish out into the house and then be down to 4 kittens in the kitten room. Of course, no one actually pays any attention to mom's plans, so Goldfish won't come out of the foster room and that has us at 7 kittens in there. Marzen has had a few days of being grumpy about the new comers, but has gotten over himself. Goldfish is being very good with the babies.

Oh....and the couple that raised Guinness sent him to us with his blanket. He likes it....a lot