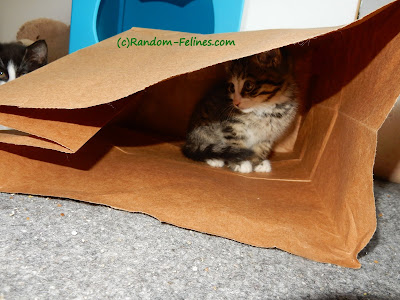 cat in a bag (Marzen) 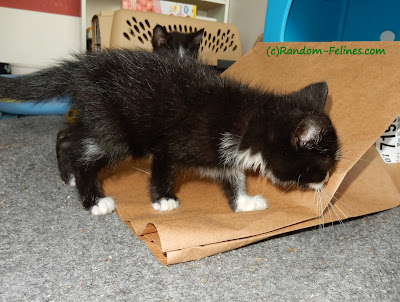 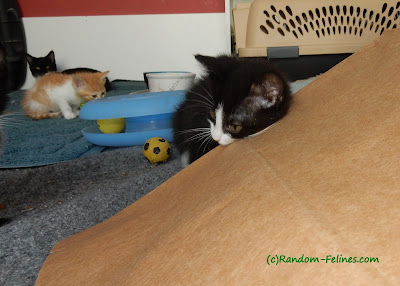 giving it a taste - just in case 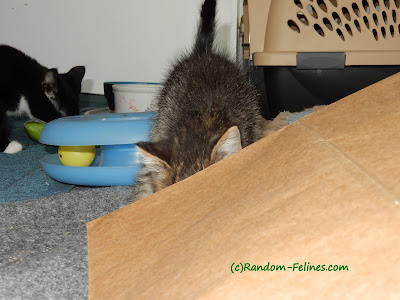 Mom took a paper bag into the kitten room over the weekend. They checked it out, but have been less than impressed over the last few days. Mom actually had to put Marzen in the bag to get that first picture. Apparently these kittens missed the "playing with bags" gene.

The kittens still have some intestinal issues (let's just leave it at that) and are on meds. Mom also found some flea dirt on one of them, so everyone got flea treated last night...even Goldfish. Mom had the meds in her pocket and snuck up on Goldfish while she was eating.

Hopefully once their meds are done and the fleas are dead, the kittens will start being more and more playful. They are obviously pretty tiny for their ages but then again Carling is pretty little and was supporting 6 kittens, so it is to be expected. The upside is that with the exception of Kilkenny, the little kittens are pretty friendly and seek attention. Harp will kind of sneak around but doesn't mind being held. Kilkenny can be held, but you do have to actually catch him first.