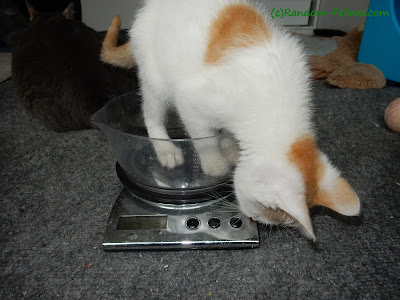 I weigh how much???
That said, the little monkey weighs about 2 pounds 3 ounces at last check. Mom needs to get him scheduled for his neuter surgery. She is going to get him retest on Monday just so we have that paperwork...and hey, maybe something will have changed. Either way, he needs to be neutered and then the rescue can move forward with the next step. 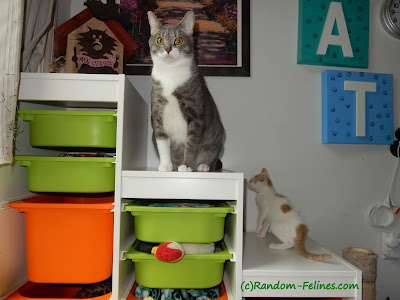 He's still back there isn't he?
Soda is still being a nice boy, but not as helpful as mom keeps hoping for. So the interview continues. 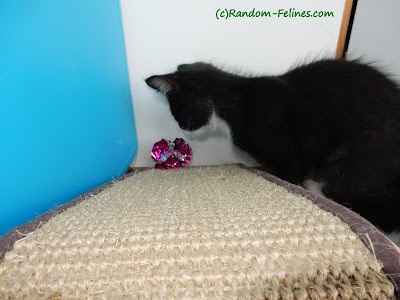 Goldfish is doing better. She is still pretty hissy, but she has never been aggressive, so that is good. She is big enough to be spayed, but mom isn't sure how cooperative she would be with that idea. It is hard since she would be more adoptable while she is little, but she is so darn hissy that no one would want her.

For now both kittens will be sticking around here. Adoptions have been slow anyhow, but at least one they both have surgery we can get them on the website.
Posted by Random Felines at 6:30 AM