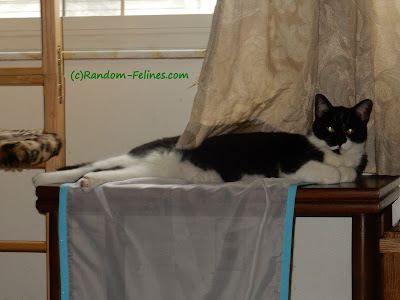 A front blew through and the temperature dropped quite a bit and the windows were opened!! It was nice to have a fresh cool breeze blow through the house for a couple of days. 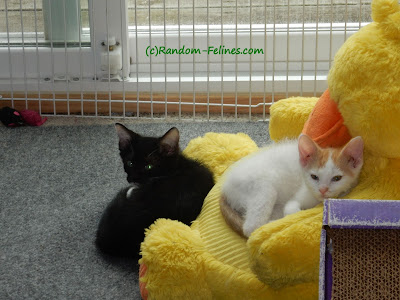 The boys continue to do well. The plan was to take the tuxedo boys up to the adoption center this weekend, but the kitten cages were all full. Fortunately, mom is able to get them up online so they can be seen and hopefully that will generate some interest. However, we know that kittens get adopted faster if they are seen in person, so as soon as there is space they will head out. We can't require people to adopt them as a pair, but considering how well they get along, we hope that they will get adopted together.

Annatto is doing well. He is a tiny bug, but he gives as good as he gets. Once the tuxedo boys go back to the adoption center, mom will be on the lookout for companion kittens for him to make sure he stays social.