Mom decided on Friday to let him loose in the house. He is older and vaccinated...plus it is added protection from the mass snot that the Texas kittens have discovered and are dealing with right now. 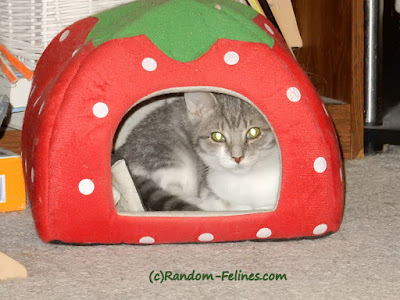 His first night out he snuggled most of the night on the bed. Since then he has been coming and going but makes an appearance. He discovered the strawberry bed on Sunday. 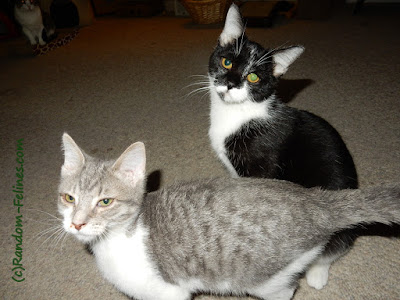 He and Chanel have been having a blast together. She will run him over occasionally, but he gives as good as he gets. 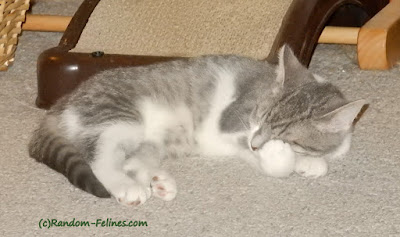 He will come over and ask for attention, though he is still a little shy. The minute mom grabs him though he PURRS and purrs. He was going to be neutered today but was just snotty enough that mom didn't want to risk it. Hopefully next week.
Posted by Random Felines at 8:31 AM