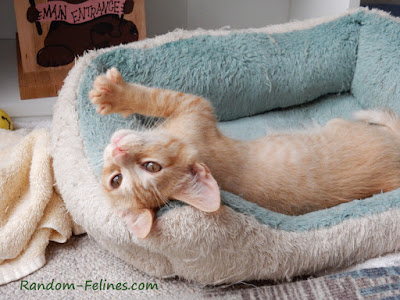 Ivy wishes you a peaceful and cooler weekend. We like having our windows open...but it is August in the mid west, so it will be hit and miss for a while. 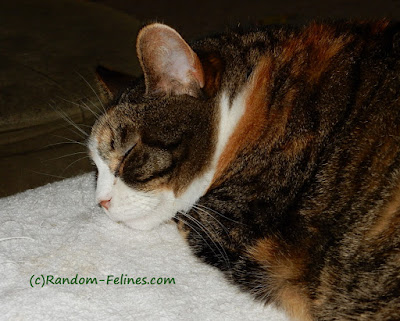 Now on to the changes around here. Juniper went to the adoption center yesterday to be spayed. 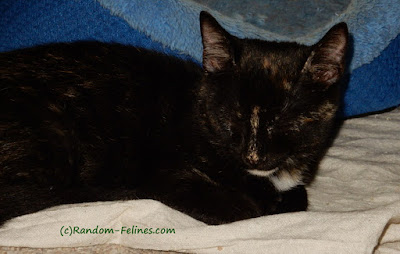 Juniper is SUPER sweet and outgoing and will be available for adoption. We hope her family shows up soon and that people don't get hung up on the tortie coloring and can see the sweet kitten we have seen around here for the last few weeks.

Liberty was supposed to go, but there is a lot going on at the adoption center, and the head of the rescue asked if she could stay with us for a few more days. Since mom doesn't think it will make much difference one way or the other, Liberty will be hanging around for a while. 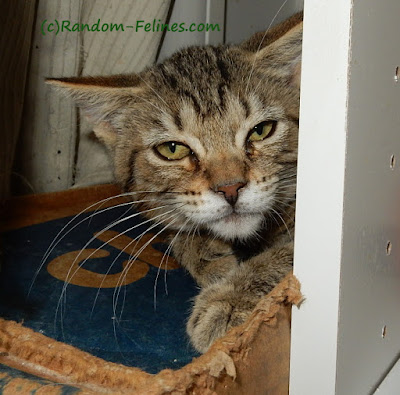 Liberty is a tough nut. Despite mom's efforts, Liberty never adjusted to liking people. Or at least liking mom. And mom has tried just holding her (she never relaxes at all) and bribery. Nothing seems to work. She was a little bit older when mom got her and Freedom and Liberty made it clear from the start that she wasn't all that interesting in being a "people" cat. When mom approaches her, Liberty cowers and hisses and struggles to be put down. It is certainly heart breaking for mom to see Liberty so frightened....and mom feels a little like she has failed Liberty. However, at least Liberty is getting much more of a chance with the rescue than other places....a lot of shelters would see her attitude and euthanize her rather than try to place her somewhere. Colony Cats says - ok, so if she doesn't want to live with people, let's see if we can do what is best for HER.

Fortunately Freedom is becoming more accepting of mom. It is hard since she is sick and mom has to catch her to clean her nose and medicate her twice per day. But, while she acts like she doesn't want to be caught, she doesn't fight, doesn't hiss and will allow herself to be snuggled and eventually relaxes. So, while she isn't bomb proof, she is adoptable but the right understanding family. Once she stops sneezing on everyone....