up to our ears

We are up to our ears in kittens....if you hear anyone say we are reaching the end of kitten season, whap them!!

We have the TNR kittens from before July 4th: 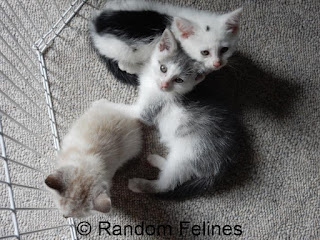 Mom has decided on names. She wanted to do something after TNR,
since they were rounded up during an effort to spay/neuter a colony.
Top to bottom: Reno (with the spot), Nashville, and Topeka (the girl)

Oh course, London is still here too. He is SO snotty. Back on meds and hopefully this round will work. If not, we may have to upgrade to another drug, but the next one up isn't so great for kittens, so we are hoping this one works for him. He did get better after the last round, but only for about 10 days.

Over the weekend, another plea went out for help. Our rescue was involved in helping a neighborhood where a lady moved out leaving many cats in her wake. Some didn't make it, some were feral and TNR'd. And the rest are with the rescue. But space was needed, so mom agreed to take another group of kittens to free up space in the intake side of the rescue.

A gentleman had called the rescue asking for help. The policy of the director is that we will help you, but you have to be willing to step up as well. He was, being willing to let us spay the mom and he will take her back with him (you can see her in the last picture). The kittens are with us until they are big enough to be fixed and then adopted. 2 boys, 2 girls. They are a little shy, so we know they didn't get much socialization. Maybe 6 weeks old. Mom put up a request for naming help in a group on facebook as she had some ideas but couldn't complete the group. Meet the spice kittens: 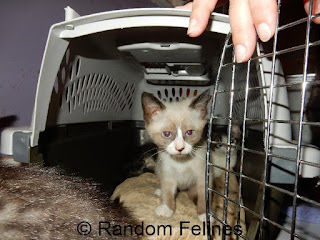 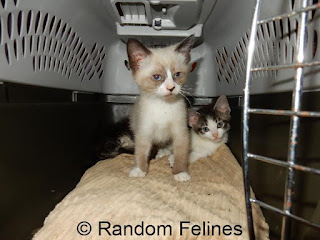 These are the boys: Tamarind (the snowshoe mix) and Tumeric

The girls are both brown tabbys
short hair is Anise (below with her mom), long hair is Cinnamon
(we thought we had a picture of both but apparently not - MOL) 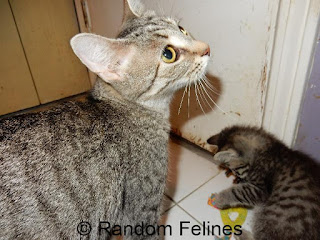