Most of you by now know about Allie....our feral girl from a couple of years ago - mom to the alcohol kittens.

Well, in addition to her, mom has been seeing a long haired white cat around - definitely feral as she seem terrified if you even look at her. If you remember Bug, this girl looks like her...which makes mom sad as it would appear they missed a kitten somewhere along the line. However, the goal now is trap her and spay her. 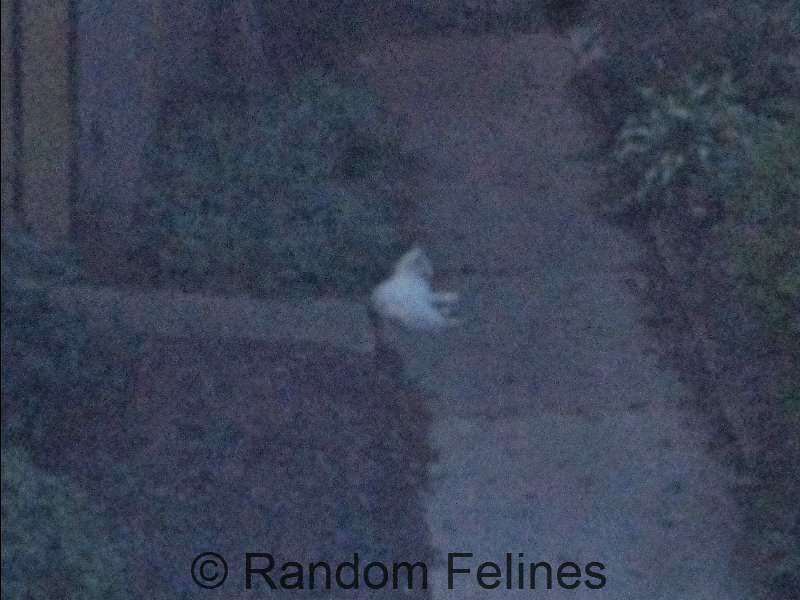 Last night mom got home from her shift at the shelter and saw this girl laying on the sidewalk across from our garage door. No time like the present, so mom picked up Allie's food dish and set up the trap.

Mom went down this am and....the door was closed on the trap.

She lifted the towel and found....a black cat. (insert HBO werds here - mom was sure she had caught Allie)

However....this black cat is freaking out (the second time Allie was caught she calmly sat in the trap and gave mom the evil eye). This cat has no white locket on the chest (Allie does) and appears bigger than our girl. And mom was pretty sure she didn't see an ear tip. 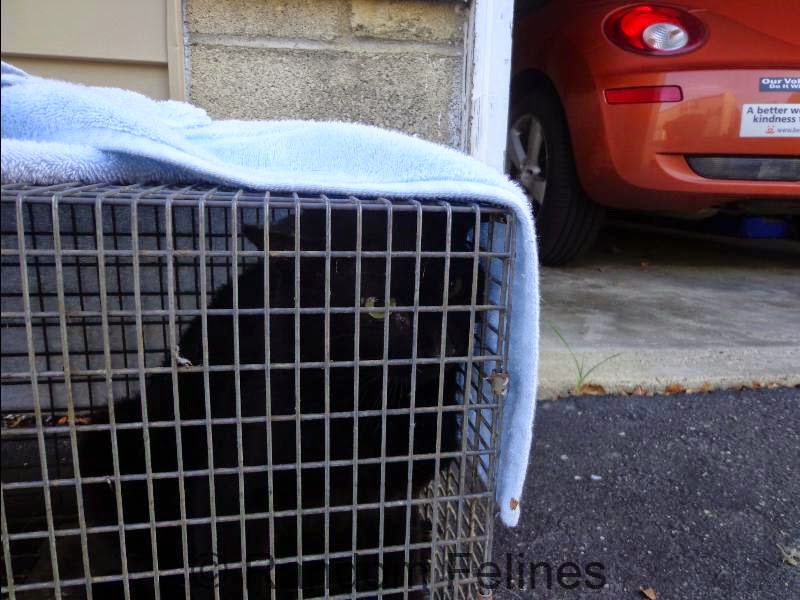 Back upstairs, shower, get dressed, grab Cass for her v-e-t appt and off they go.

Cass met with Dr. West today about her back leg. The chick (for lack of a WAY less polite term) who took her to the spay clinic said it was her right back leg. Mom had seen her walk and it was Cass's LEFT back leg. But either way, something funky was going on.

X-rays were taken and there is no pelvis fracture. That's good news. The bad news is that it appears to be "maybe" neurological. Her left back leg doesn't respond to pain as much as the other, but oddly her right front leg responds less than her left front. So Dr West did a complete neurological workup (which is hard to do on a cat...just saying) and is calling in a favor with a vet at Ohio State. Hopefully we will know something soon (no idea the time frame....you don't get to the front of the line calling in a favor). For now it is limited activity and get her fed more (she weighed 6 pounds 11 ounces and you can feel her hips). If it is something not so serious, the goal would be pain meds and anti-inflammatory. We don't know much beyond that right now. Paws crossed it doesn't end up being surgical....that won't be cheap. So if you could pass along some purrs to our momma cat, that would be much appreciated. And we will keep you posted as we learn more. 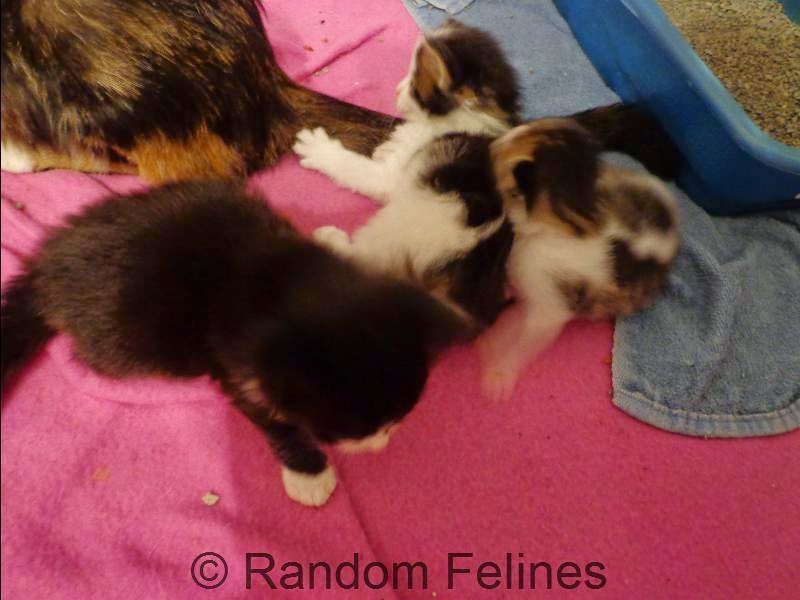 Stoli (up front), Sangria (middle) and Daiquiri
Posted by Random Felines at 5:30 AM