We are sure some of you remember our posting about Katniss - the girl cat that was spayed by the shelter but then left outside with no real care. 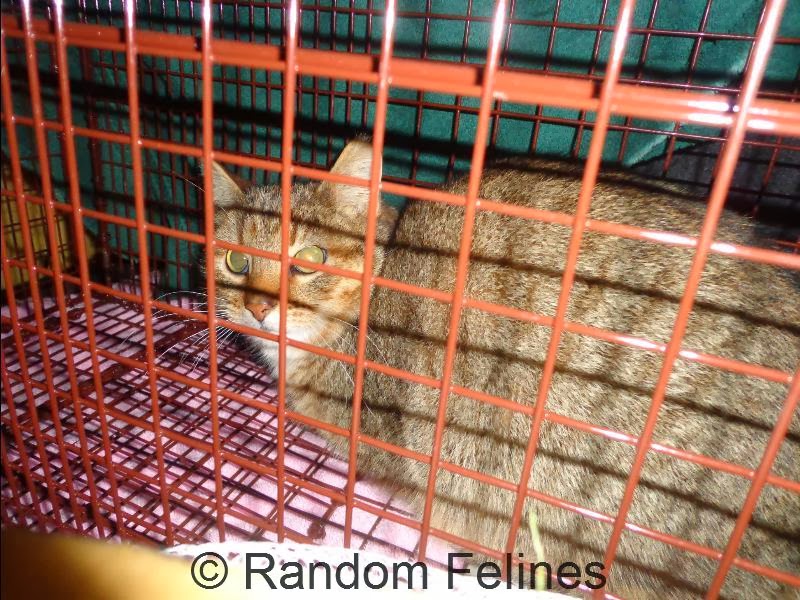 Well, after finally catching her, mom's friend Miss Emily took her and set her up in a pen outside to let her adjust to being somewhere new (this is pretty standard with ferals). After 3-4 weeks they let her out....and didn't see her again. They eventually had to move the food out of the enclosure as it was attracting raccoons.

It was hard cause they didn't see her after that. There was food up on their deck as they have other ferals. But she wasn't seen. It was one of those times where mom had to admit that they had done everything they could to help her and that was the point - regardless of the outcome.

However....Miss Emily was volunteering on Friday when mom stopped at the adoption center to check on the kittens. And they got talking and mom asked if Katniss ever showed back up. And lo and behold - she has!!! Miss Emily said she has to sneak a peak around the corner of the drapes to their deck to see her or Katniss will run, but she has seen her out there several times - a couple with their one "friendly" feral Corduroy. Mom was thrilled.....they managed to catch her, move her and she is doing ok in her new location. YAY!!!!
Posted by Random Felines at 6:00 AM