However, for the mom and for Jade and the kittens, it came with some changes.

Someone left 3 bottle babies at our rescue's adoption center on Thursday. Mom told Miss Mona (the lady in charge of the rescue) that Jade might be willing to take new kittens. This crew is 7 weeks old and eating on their own and Jade really isn't all that hung up on nursing them anyhow.

By Saturday am, it was agreed to try it and see what happens. Mom took Jade over and the introductions were made.... 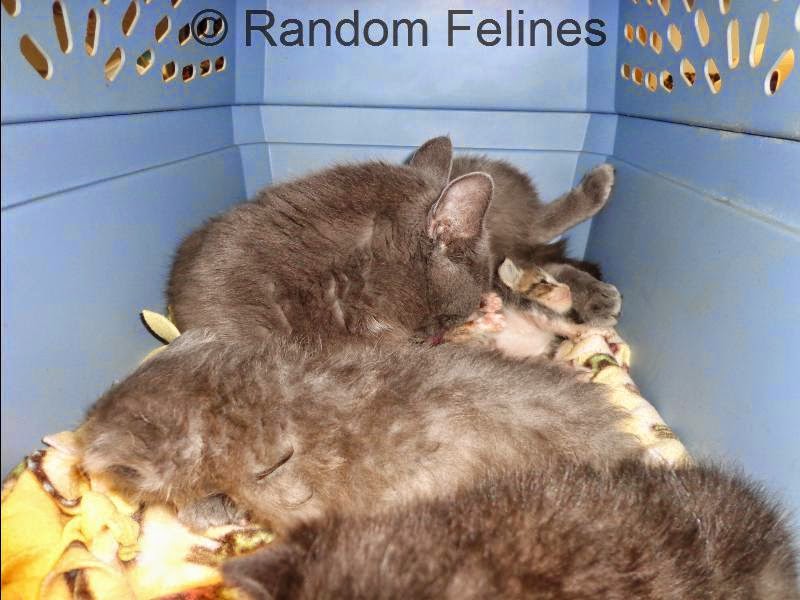 As you can see, it was a success..... Jade looks a little annoyed, but she laid down pretty quick and let them nurse. There are three kittens - one girl and two boys one boy and two girls. They are probably just about 3 weeks old. And mom caught one of them nomming some dry food and another some canned food, so Jade may be off the hook sooner rather than later (though mom would like to see them nurse for a while). 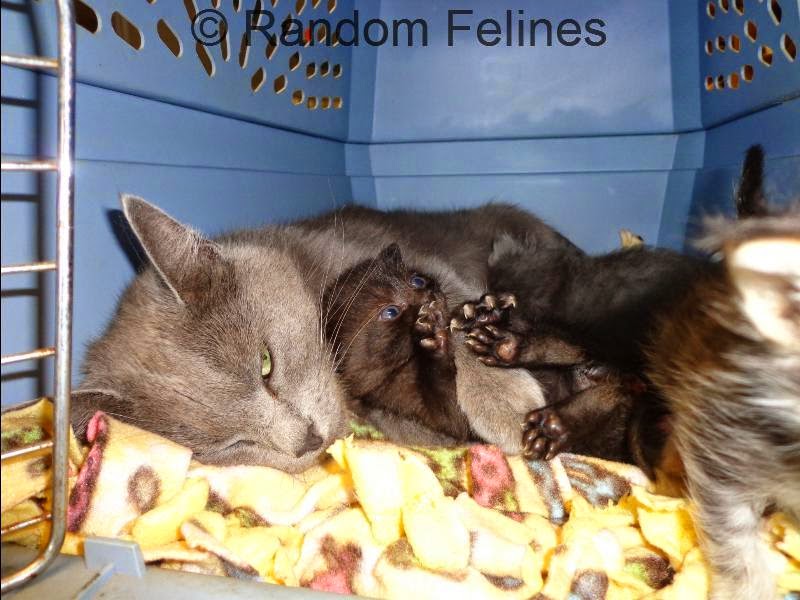 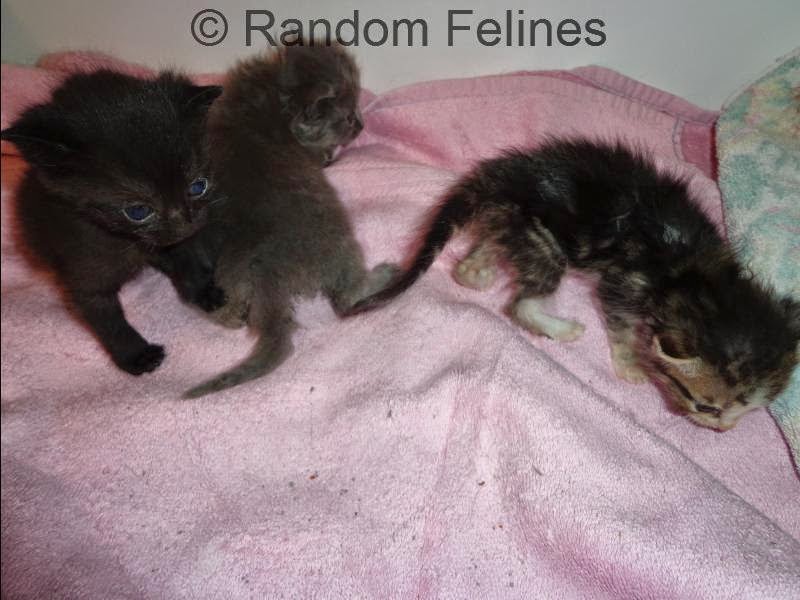 Meet: Jet (the black female), Quartz (the gray femal male - who looks kinda like Mica at that age) and Topaz (the tabby boy). Topaz is tinier than the other two and not knowing any background, we suspect he may not be related, but is still about the same age.

Though - you could say that about Coral based on her size and we KNOW who her family members are. MOL  Speaking of Coral, since she is so tiny, mom decided to put her in with Jade and the newbies.

Which led us to another issue..... if Jade is in the bathroom with tiny kittens, where do the bigger kittens live??? 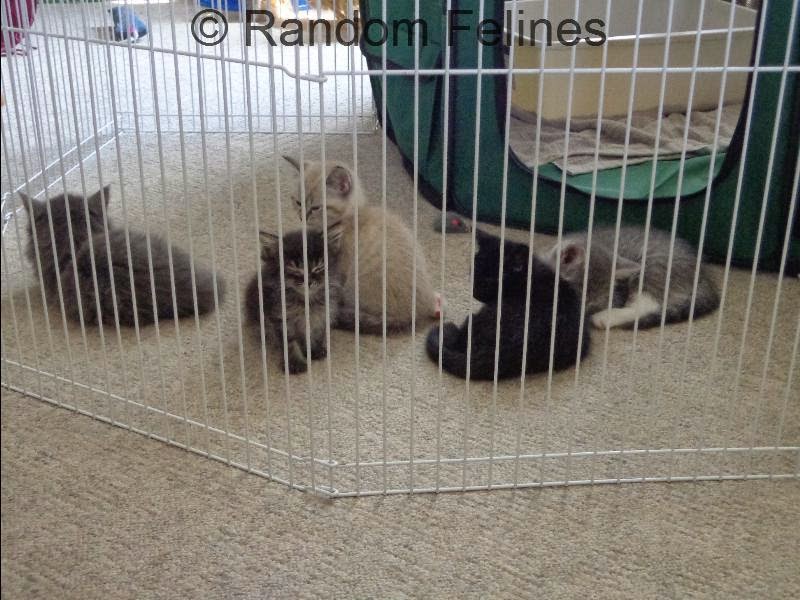 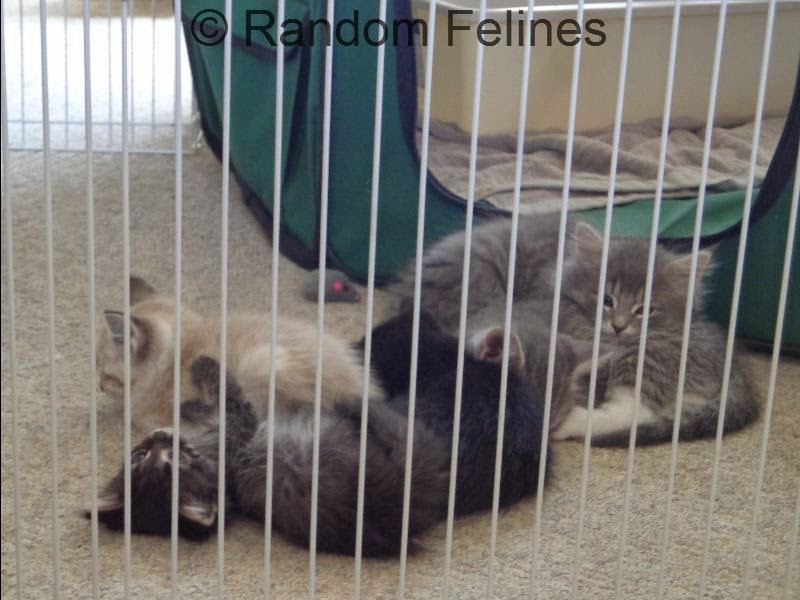 Baby jail has been reconstructed in the living room (this was before Coral moved back into the bathroom). The playpen is set up and the baby jail/gate is being used as extra space. Although Mica decided he can get over it and Ash managed to move it, so that may not work. Our friend Miss Kelly (the local one) gave us a bigger exercise pen that may get set up. Mom was using it at the bathroom door, but discovered Coral could get out - THROUGH the bars!!!