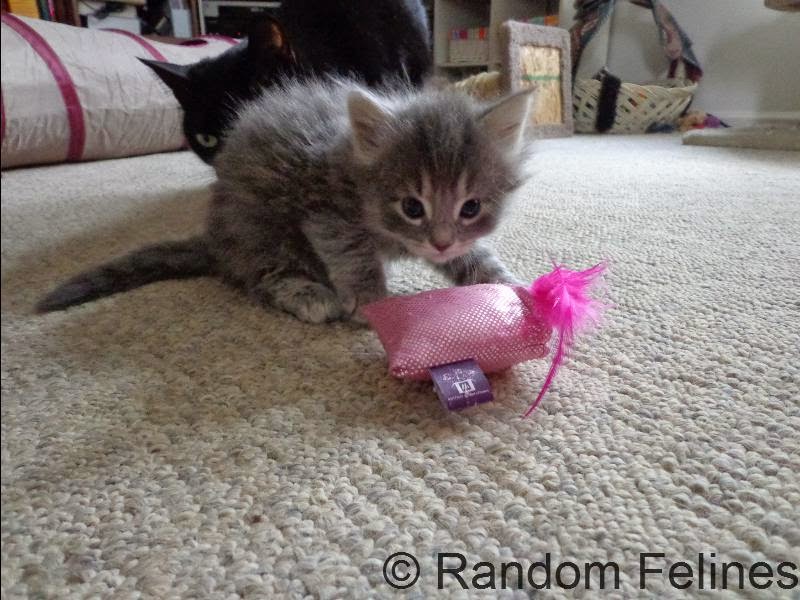 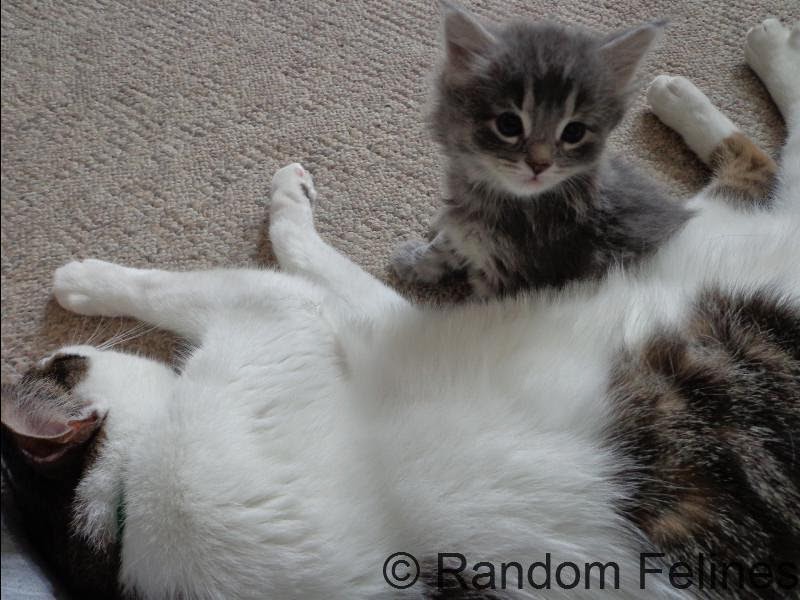 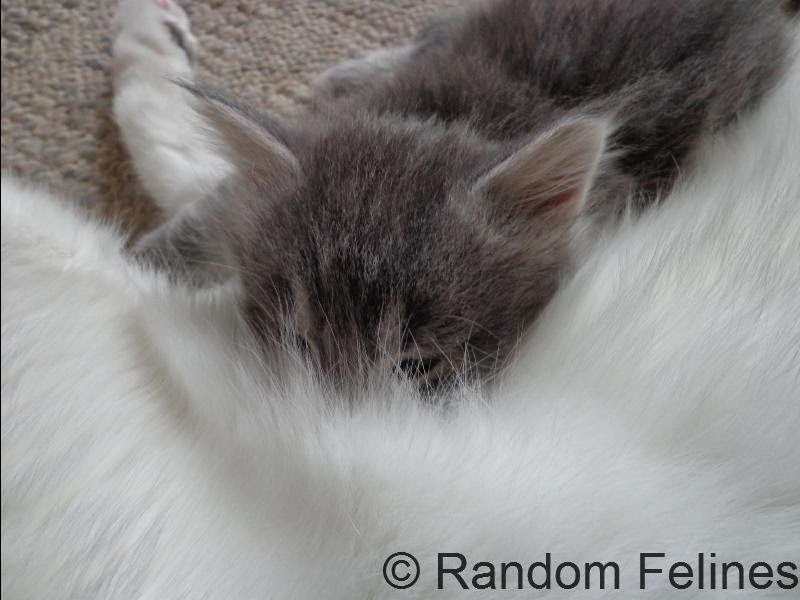 Hard to believe that the kittens are 6 weeks old. Mom figures based on weight we have maybe 3-4 weeks with them. Cinco is being spayed today and will be available for adoption after that. Oh - and that little orange kitten that survived - he was neutered yesterday and will be available for adoption this weekend!! Cinco got some freedom last night....which is why there are no new pictures of her and she spent the entire time bouncing around the living room...and down the hall...and on the sofa... and on Uncle Tim.

Anyhow - on to the weekly weighin 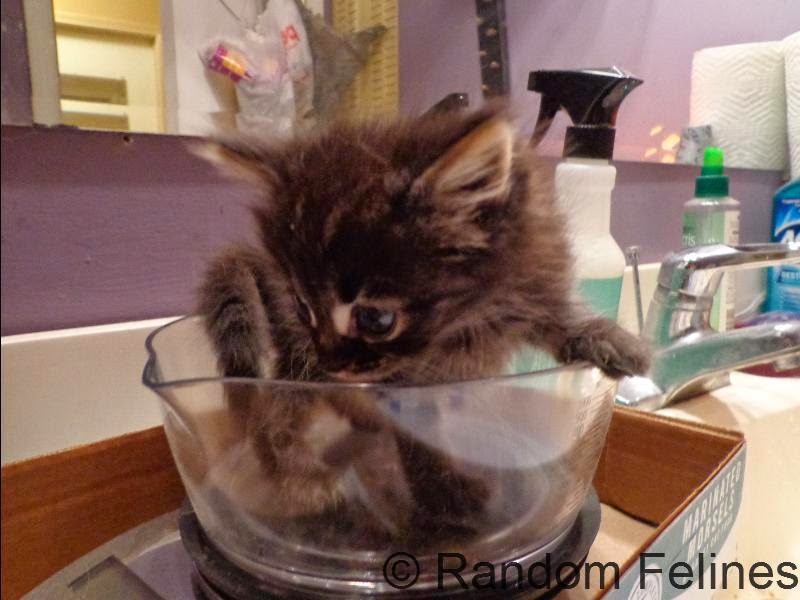 Oh Miss Coral - all 8 1/4 ounces of her
(she has an appointment with the v-e-t on Friday...just to check -
though bless her, she is eating and active and everything else) 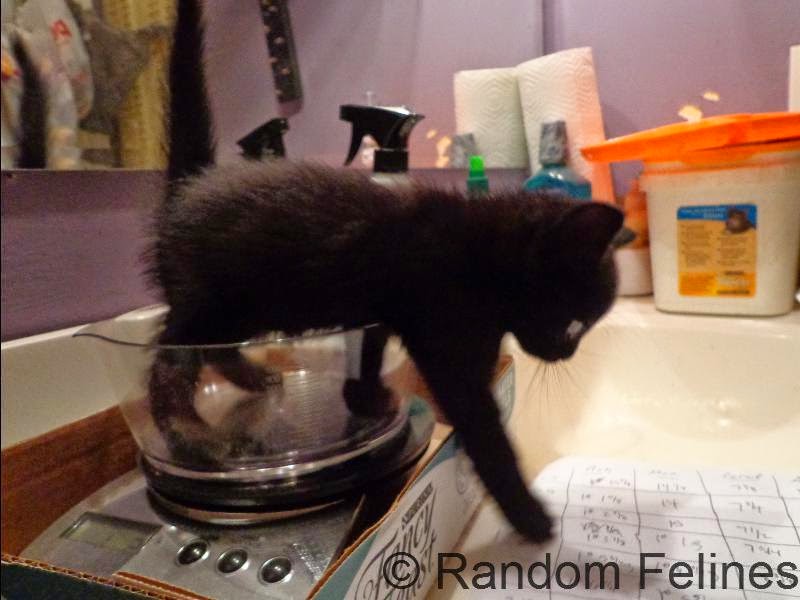 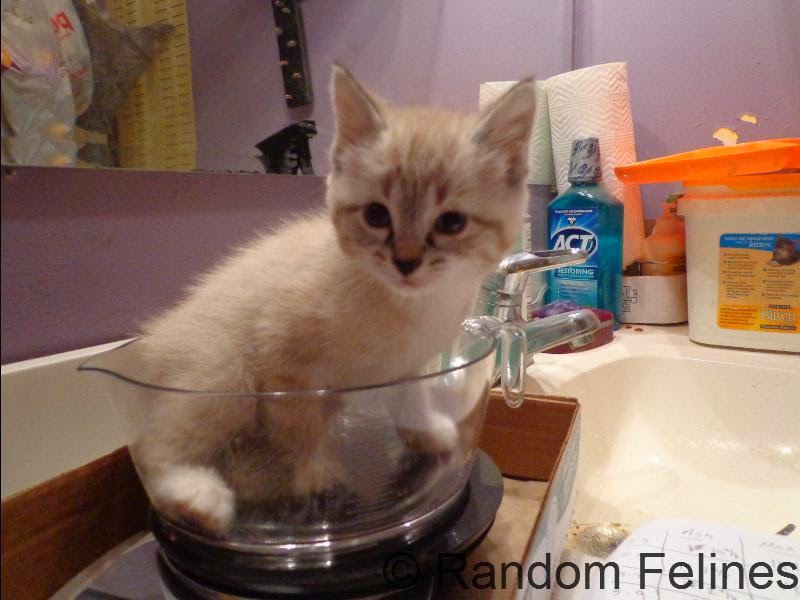 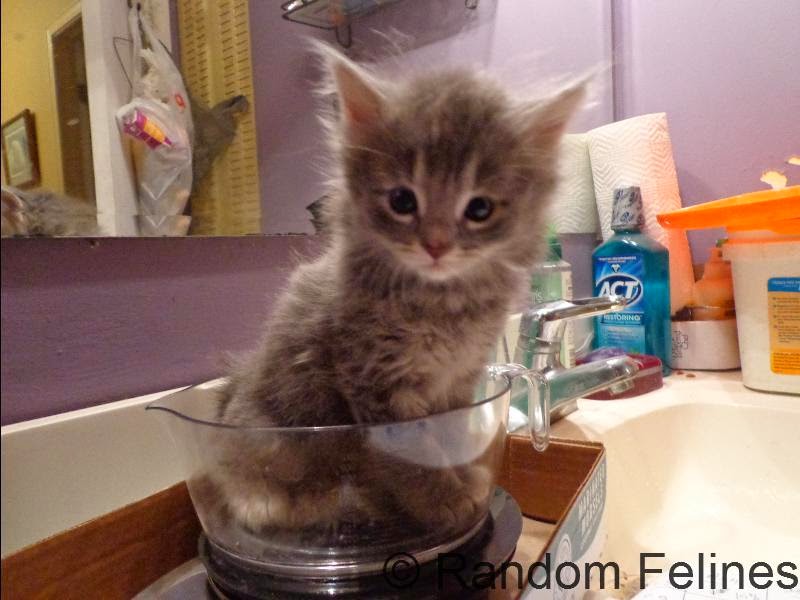 Mica weighs in at 1 pound 7 1/4 ounces
(and is the reigning heavyweight)
He still had bad hair days, but not as many 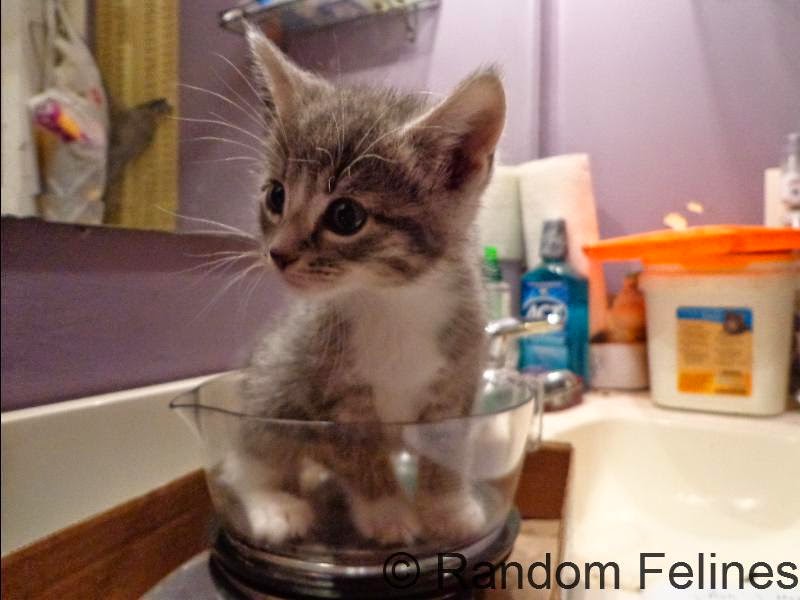 Jade is doing better with us. Mom leaves baby jail set up in front of the bathroom door and so long as none of us stands there and tease her, she is fine. She will growl a little but hasn't made any attempt to get over the gate...though mom has no intention of leaving everyone unsupervised just yet. MOL