Over three years ago a man (henceforth known as doofus) got a puppy.

The puppy was cute and wrinkly and adorable and loved. And then, as puppies tend to do, she grew. And she grew. And she became the bloodhound she was destined to become. Big and stubborn and loveable and slobbery. 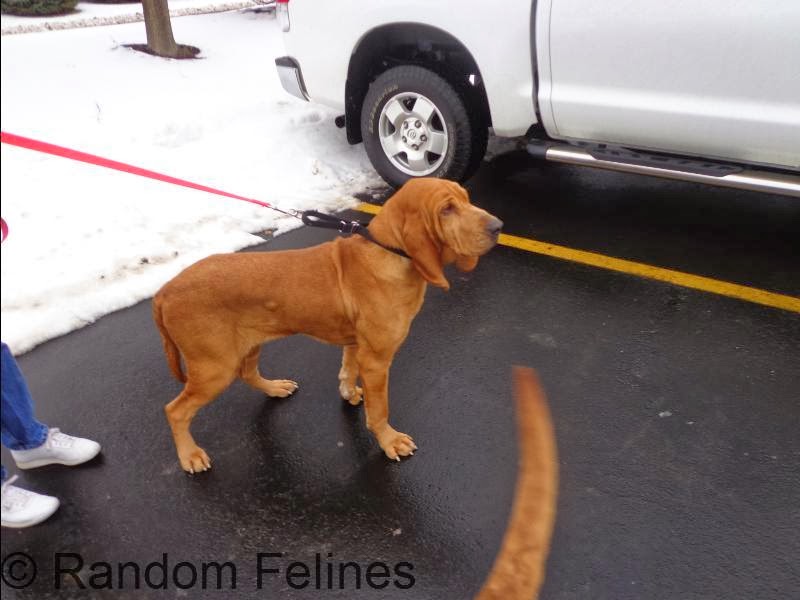 And the doofus decided that she needed to live outside in the back yard.

Then over a year ago the doofus decided the hound was lonely. But, rather than bring her back inside to be a member of the family like she was promised, or finding a rescue willing to rehome her....  the doofus got another hound. 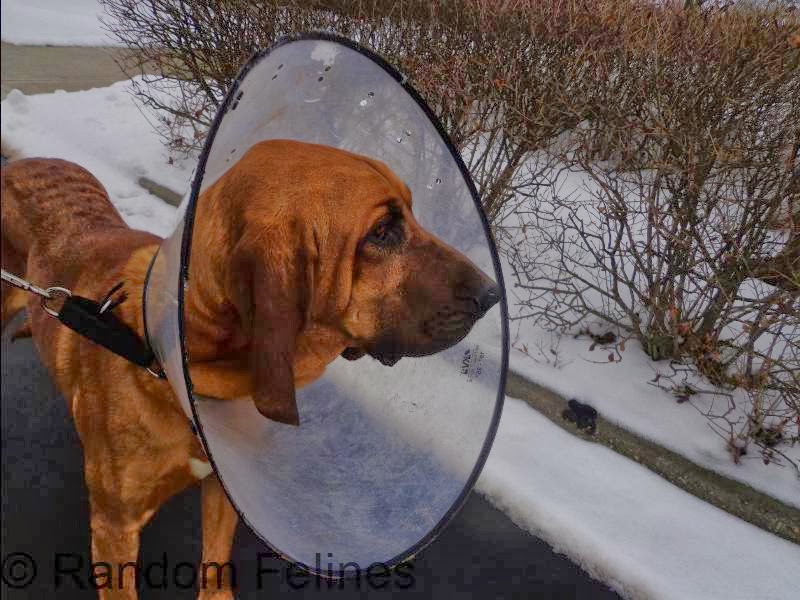 Fast forward to the beginning of January. The hounds were discovered by a couple who knew about a bloodhound rescue. They reached out to the rescue who agreed to take the dogs. Neither were spayed/neutered. Heaven knows the last time they had seen a vet. We were told the only reason there were no puppies was that the female refused to let the male anywhere near her when she was in heat. (fangs - the ultimate birth control) 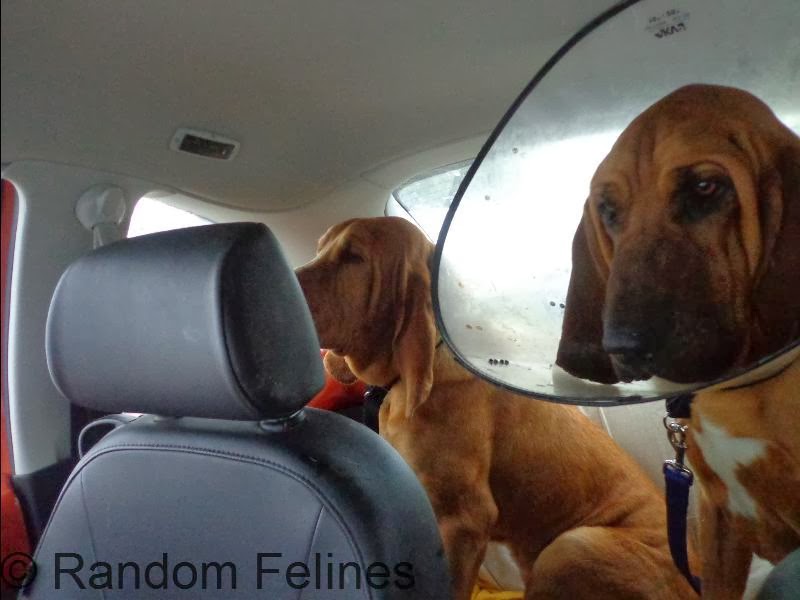 So now Fergie and Leroy are safe....  Both dogs moved Saturday from a boarding kennel to foster homes. And in no time (we hope) these dogs will have wonderful homes of their own.

Where they will live INSIDE.
As part of the family.
Loved forever.
And we hope the doofus has learned his lesson and never gets another dog (or any other animal). 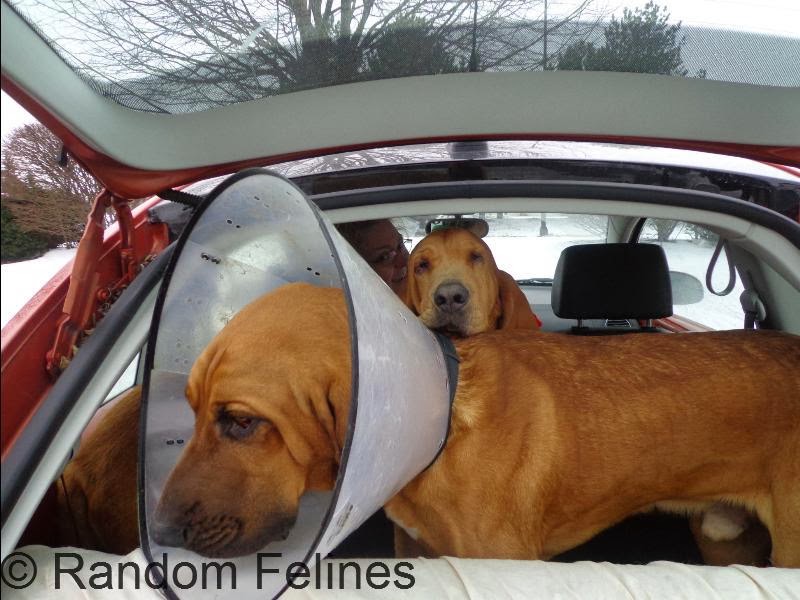 and yes....you really CAN fit two dogs in a Beetle  MOL
Posted by Random Felines at 3:00 AM