Mom has been saying that she was going to buy a cat tree. But, she was waiting to transform the other bedroom. Friday after work, she was getting groceries and saw a tree on sale at the grocery store. She didn't get it, but thought about it most of the night. So she left early on Saturday to get it and bring it back before driving the transport. Only by the time she got there, one of the two was gone and the other was broken (and not as stable as she would like). Drat....

Now she had plenty of time since she wouldn't be coming home. There was an Anderson's over there and she decided to stop. They have some pet stuff and she figured you never know. Well, they had one that was a decent height and not a bad price. It isn't quite what she wanted, but for now it seems to be working. She was going to put it in the spare bedroom but ended up moving her coffee table and leaving it in the living room.

She still plans to convert the spare bedroom into a foster fort and change some things around, but this was a spur of the moment thing....and seems to be working. :) 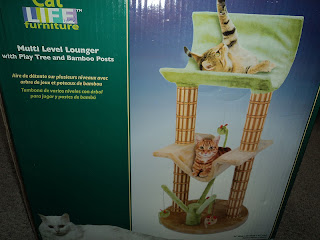 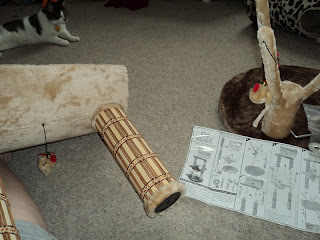 Not even that hard to put together 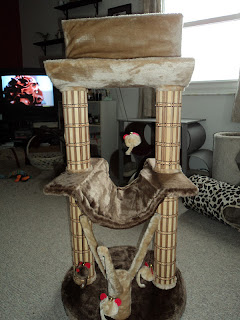 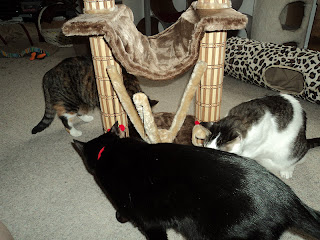 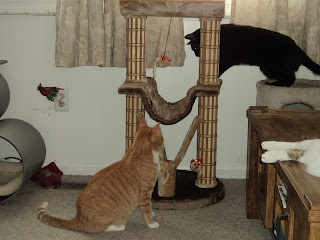 The mice are a big hit 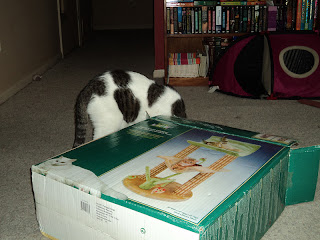 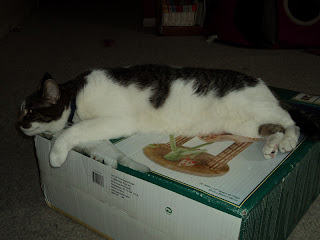