Santa Paws did visit us.....we got some toys and treats. Plus mom came back from Florida on Monday night, so we got to sleep with her too!!!

Some updated news: there were some great adoptions from the shelter before Christmas. One was mom's buddy Smudge (you can see video of him here). He was on the radio on Thursday (though mom didn't get to hear it cause apparently CD101 is actually on 102.5). Someone heard all about him and adopted him on Friday. YEAH!! We hope Santa Paws brought him a water fountain at his new home. :)  Also, there were a pair of boys named Paramount and Baby. They were about 3 months apart in age, both moo kitties but had bonded like brothers. The shelter said they would adopted them separately, but everyone hoped someone would adopted them both. And someone did Thursday night!!!

Geoff and George go back to the shelter tonight. sigh....  mom is gonna miss the little boogers. Gigi should be spayed on Thursday and then go back early next week.

And now for some Christmas pictures:  Mom says the weather was finally nice when they were visiting (normally it is yucky) so they went to the beach on Saturday and walked. 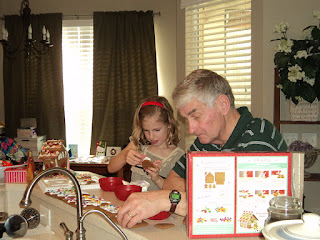 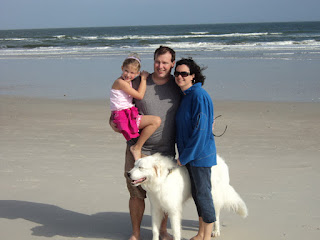 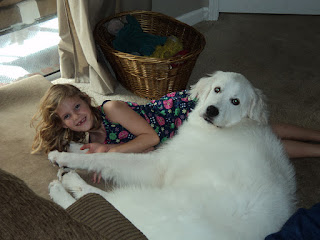 lanah and the polar bear
(seriously guys, it isn't a polar bear - Minnie is a DOG)
Posted by Random Felines at 9:51 AM